Standing on the beach front outside the Kempinski Hotel in Aqaba, Jordan you can see two other countries with a third just around the other side of a hill. The city of Elibat, Israel is as close as this... 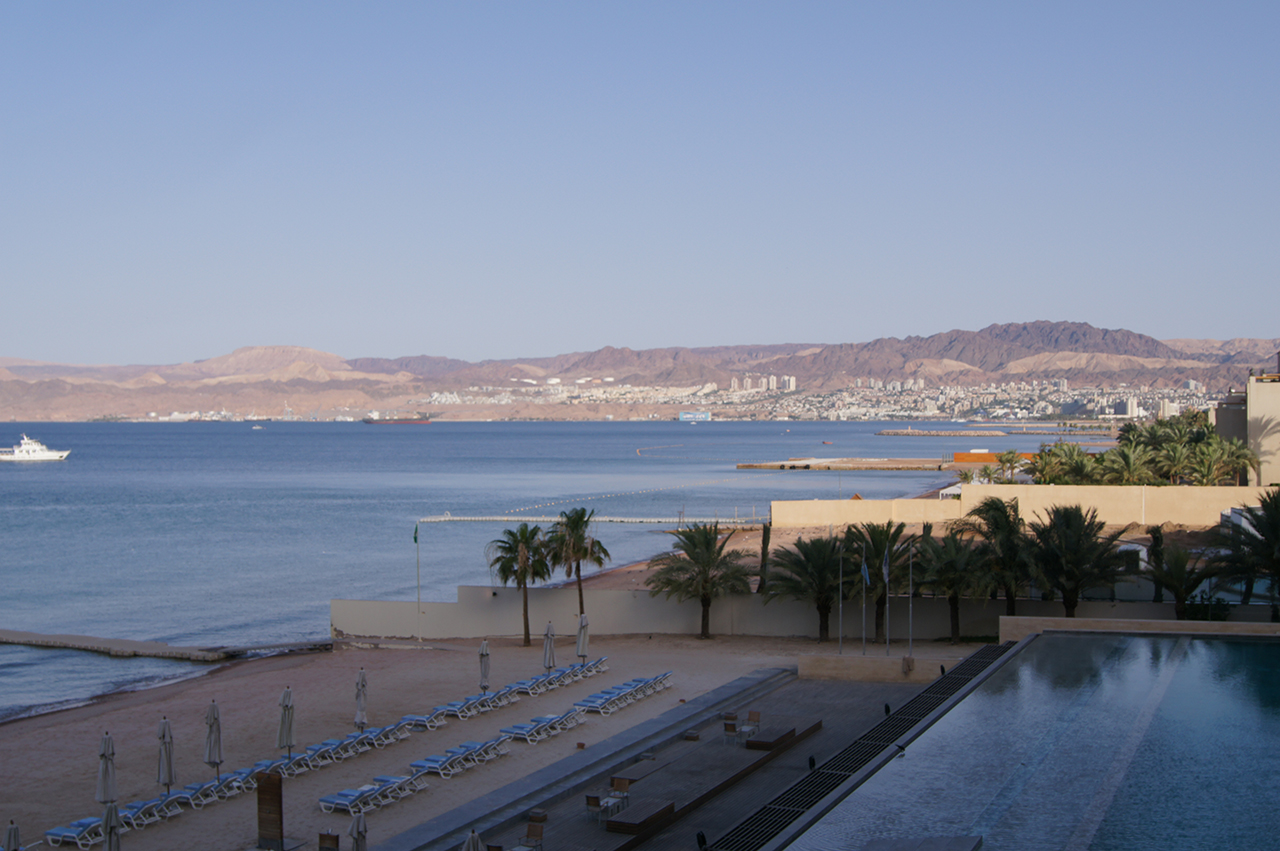 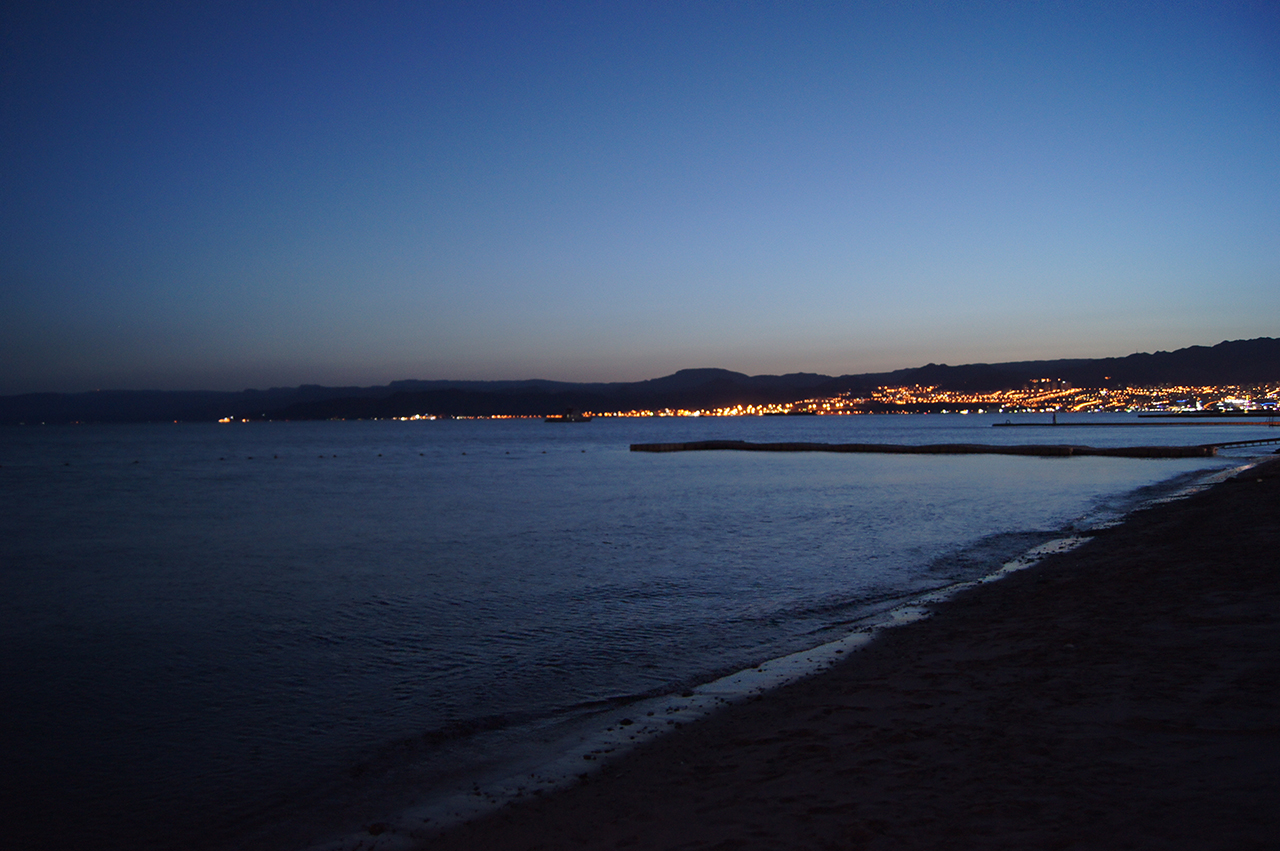 A few clicks beyond Eilat is the Israeli border with Egypt and on the other side of the Red Sea, a short drive down the road is Saudi Arabia. The small coastline left in the Red Sea is Jordan and the town at the centre of it all is Aqaba.

Aqaba is a small resort city, mostly unknown when compared to its neighbours but the potential has been seen and the money is starting to pour in. There is a multi-million dollar project spaning kilometres along the coastline and includes an entire port. It will be facinating to see this city in five years time for I am sure it will be very different.

But for now I am more than satisfied with a pool, some jetskiing and snorkelling, all of which were achieved on my second day in Aqaba. I cursed myself for not bringing the GoPro camera with me, especially when we went snorkelling.

There is an abundance of coral almost all the way up to the shoreline, filled with little fish and some larger fish that thankfully scatter at the sound of a motorboat engine. In some parts the coral was so close to the waterline that is was next to impossible to swim over but it was beautiful, from the Japanese Garden to the sunken shipwreck, the sponge coral mountain to an old tank lying at the bottom of the sea. Bright purple and lime green coral amongst other colours. I wish I had been more prepared as I felt like I was paying it lip service.

Along the beach front were a number of United Nations UNHCR shelters, which according to our tour guide are sold by Syrian refuges to the public and used as some serious beach shelter. Speaking of refuges 1.5 million have made their way across the Syrian border into Jordan. All are living further north in a facility where there would be a few more UNHCR shelters than I saw today, just a few. 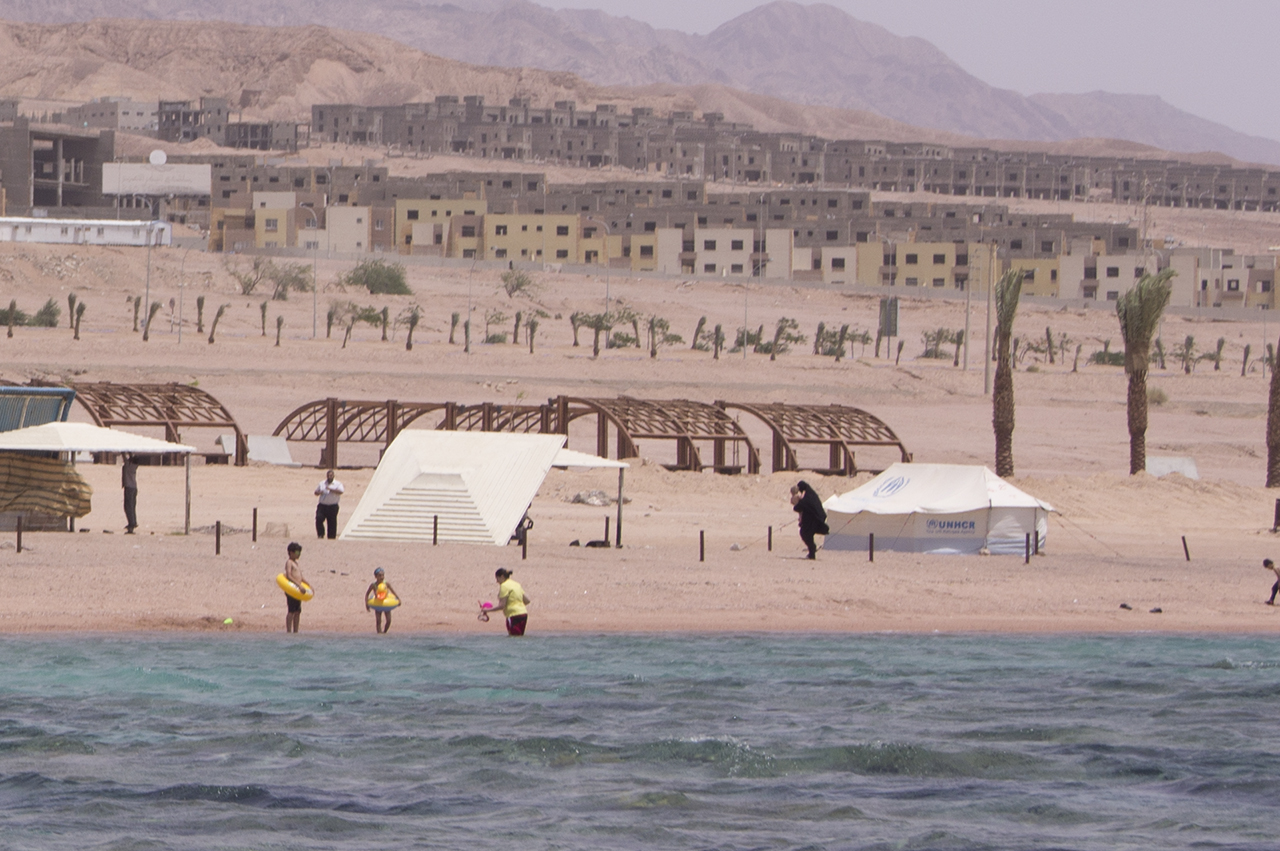 An evening on the Rum