The first camel was pretty cool to see, by the last all the lacklustre had worn off.

But where the lacklustre had worn off the camels there was a far more vast and spectacular landscape to capture our attention. Think Lawrence of Arabia... 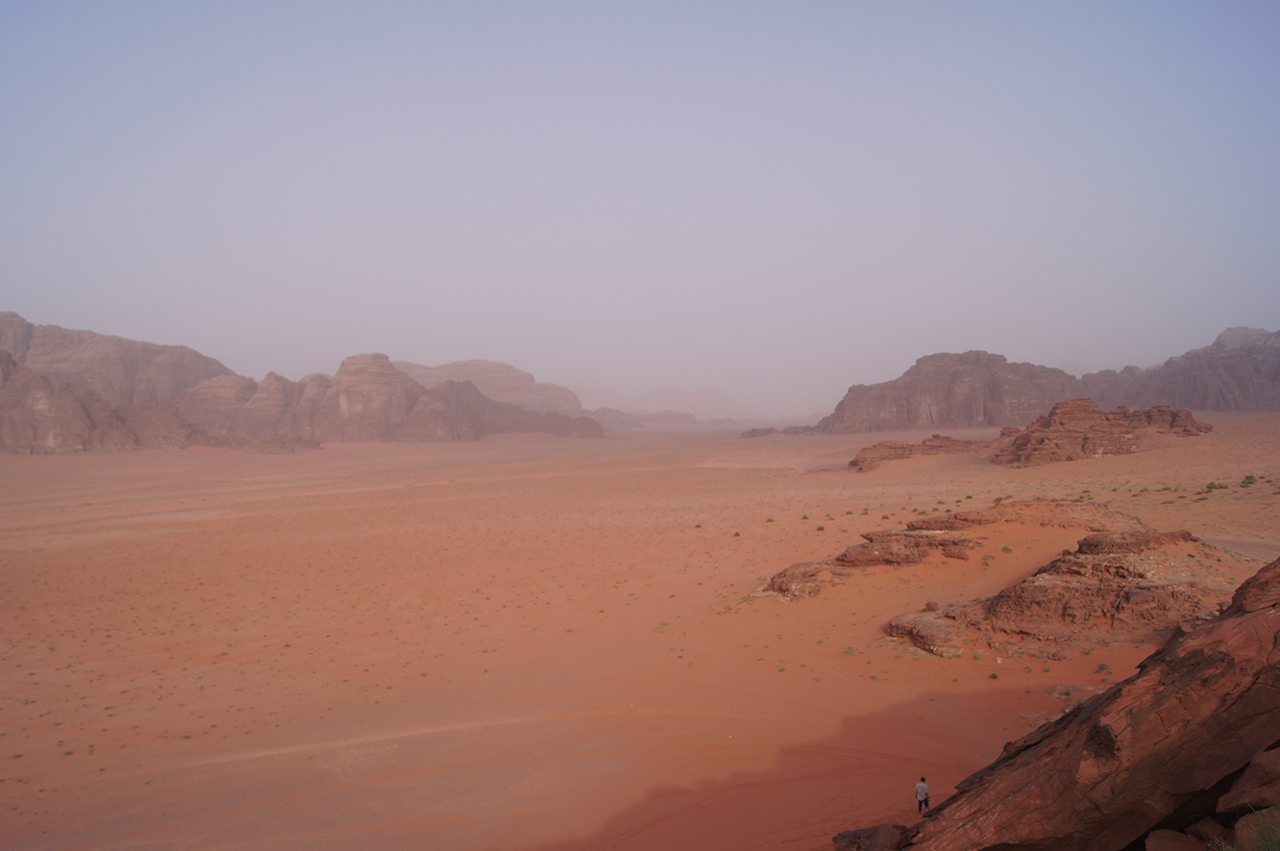 Wadi Rum (hence the evening on the Rum) was the site where they filmed the epic Oscar winning film Lawrence of Arabia, where there was a 30 minute tour that included a re-enactment with us on the train and the guys from the station dress up as Turks on horseback attacking. We declined respectfully.

A beaten up Toyota ute with seats in the back was our transportation through the desert, no roads, just two and a half hours of sand. Dad and I climbed this epically large (there was a larger one) sand dune where every step your feet sunk to ankle deep. 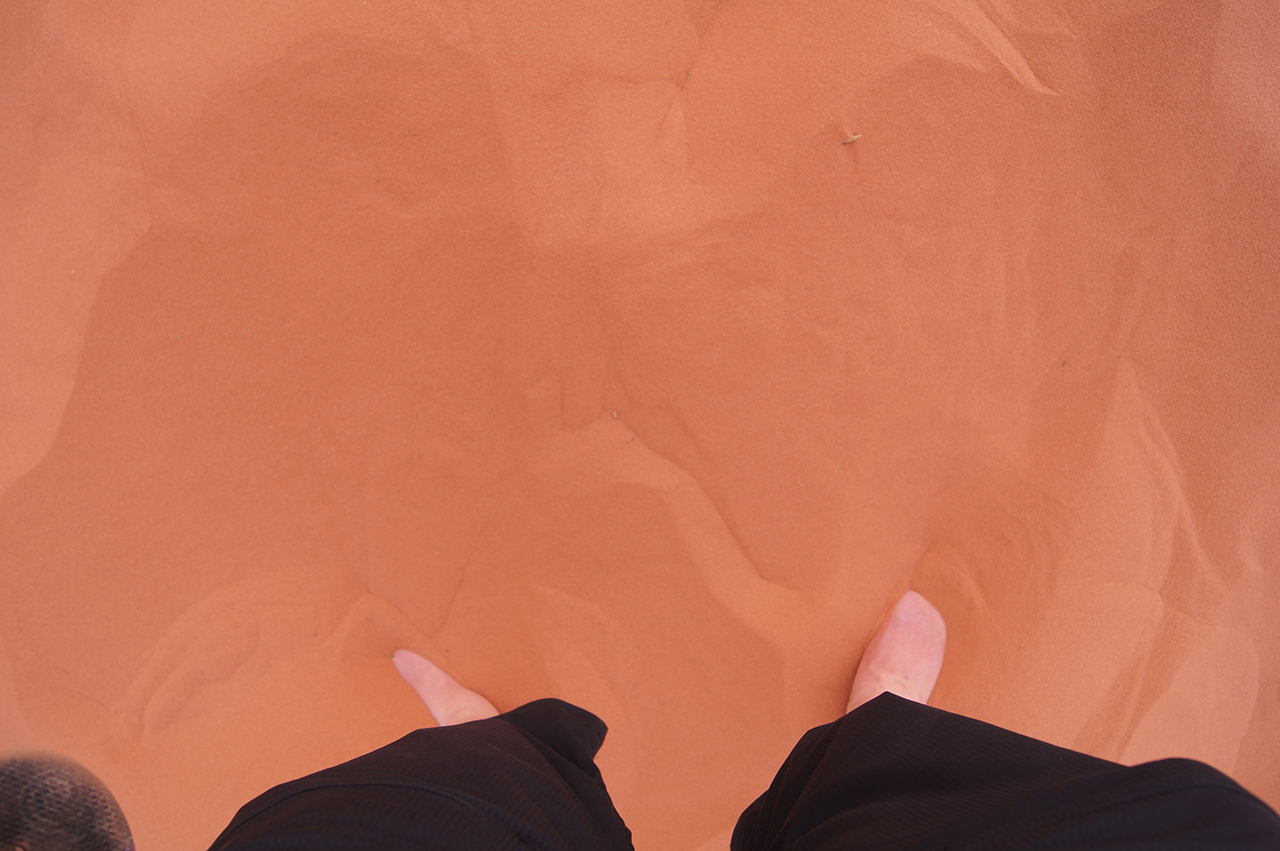 It was a tough effort, but given the 2nd picture in this blog was the view from the top I would say the effort was worth it.

We came for the sunset but sadly there was too much haze in the sky for the colours to come through. Don't worry we sat happily attacking the watermelon Al (our tour guide extraordinaire) had purchased earlier on the side of the highway and whilst we waited (for not much of a sunset show) I decided to leave a little bit of Canada in Wadi Rum... 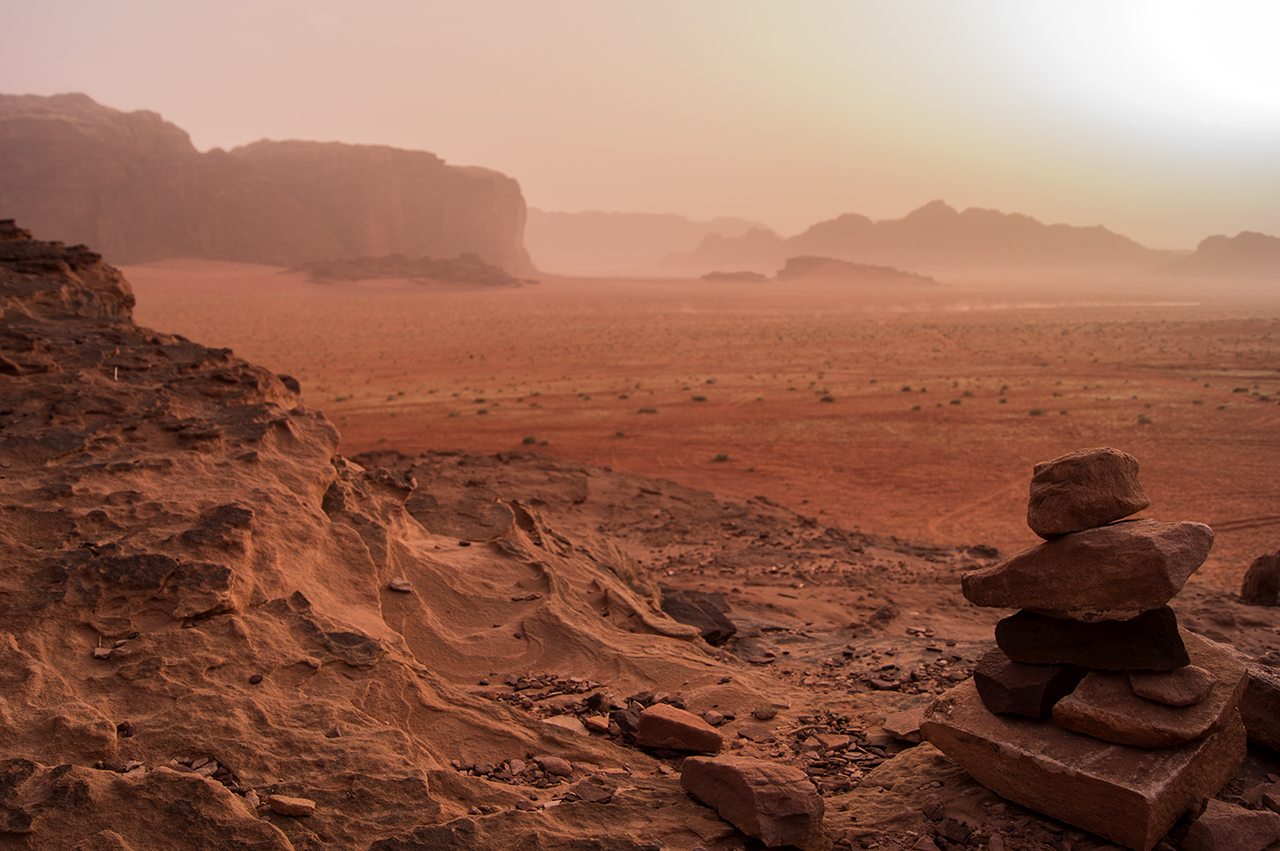 My own carefully made Inukshuk - much better than our tour guides. After all I'm the 'expert' and he was the beginner.

So the end of the evening was upon us and we still needed to drive back through the desert and another couple of hours on the highway to Petra. We jump in the car, starting to feel the effects of the day. Engine starts... engine dies. Fortunately we were sharing the sunset spot with a group that was staying at a nearby Bedouin camp for the evening and a friend of the driver was shuttling drinks to and from. Hooked up for a pull our driver tries the engine again... It starts, and so we spent the next 2 minutes yelling and laughing at the friend giving us a tow to stop. Back to streets and a car pulls up next to us, the guy looking an awful lot like our driver. He was our driver's brother, checking up on him because he heard about the car trouble. News apparently travels lightning fast in the desert.

Aqaba is a free trade zone and as such there is a checkpoint just outside the city. Fortunately our friendly driver and tour guide knows everyone in Jordan, including the guard at the checkpoint, which allowed us to drive on through without having to unpack the contents of our suitcase.

So we are driving through the desert and a car comes in the other direction. Two little kids in the front seat. Oh that's cute, they're driving home to one of the Bedouin camps I thought to myself. Then I look across at the driver and he was lucky if he was 10 years old. Had to wonder how he was reaching the peddles.

I dared our fearless mother to throw the rubbish into the same bin as the camel was eating from. At first it was no, but she found her strength the closer she got to the bin and success!

Venicitis - the unfortunate jading of a tourist town's people due to multitudes of travellers. Usually seen in the more seasoned staff at hotels and restaurants. It involves rudeness, carelessness and in some cases a very short fuse.

Blood, sweat and tears in Petra