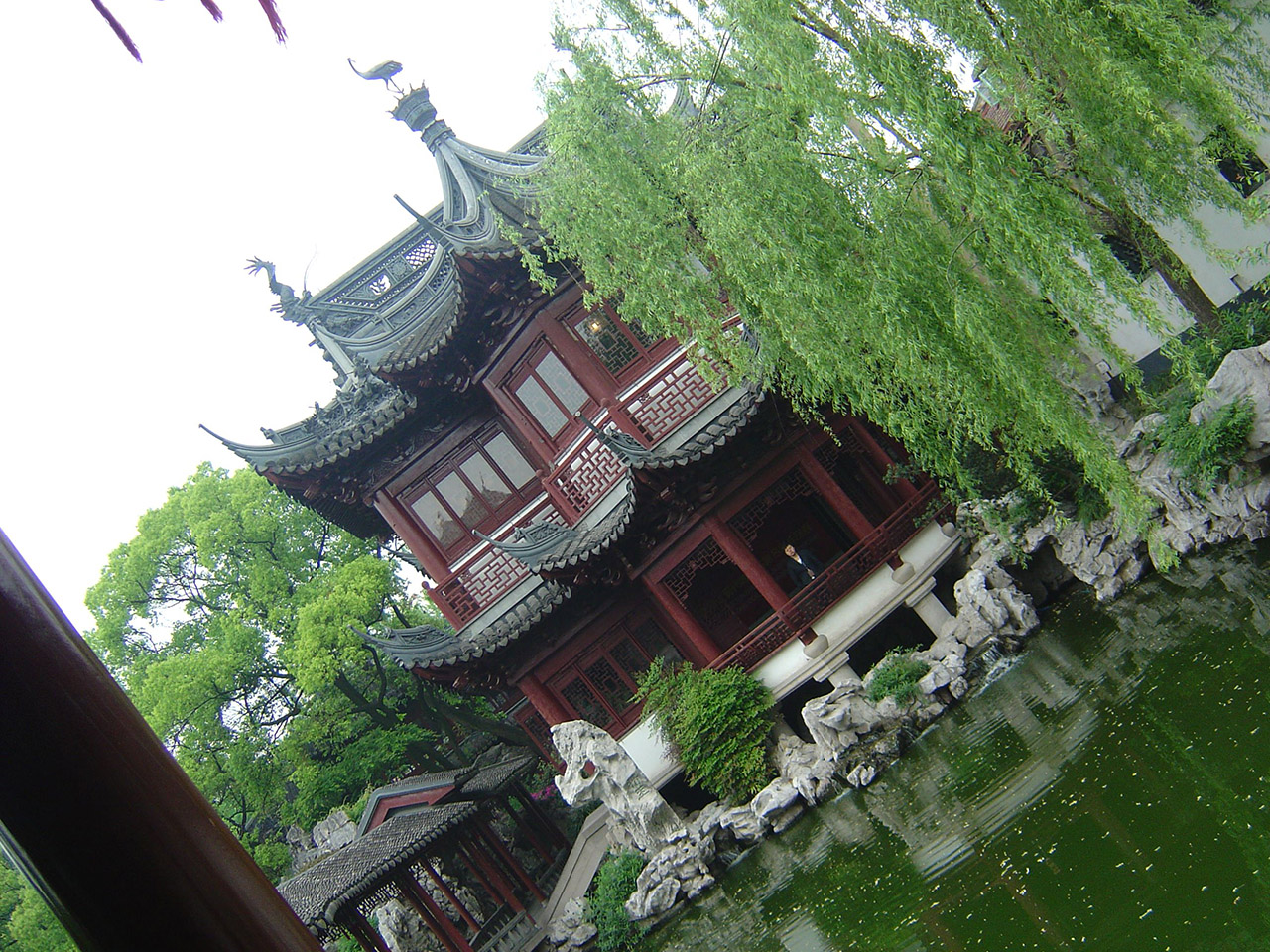 Today was the day I was able to escape my parents company for the morning. My friend from Four Seasons Shanghai, Evelyn had a grand plan of taking me out in Shanghai. More specifically the Yu Gardens and Pudong. We started the morning with a cab driver that got a bit lost even though Evelyn is a Shanghai native. The Gardens are surrounded by a Bazaar, so when we got there at around 930 all the little alleys were filled with thousands of tourists. We strolled a bit, Evelyn telling me about the last time she was here and although she has been to the Bazaar, she had never been inside the actual gardens (until today).

Now one of the requests I had made was to eat some of the famous Shanghai dumplings that are served in the Bazaar. Instead of standing in a very long queue (and the dumpling place was still 10 mins from opening) Evelyn took me upstairs to the restaurant that started serving dumplings at around 8am. Now, you couldn’t do this without a local (or at least someone that spoke Mandarin) there was no English on the menu, or spoken by the staff.

I had forewarned Evelyn that I didn’t eat seafood and she said that the dumplings were most likely pork, so I let her order all comfortable that the outcome would not contain sea life. And it didn’t….. but Evelyn caught me on a technicality. Soon after ordering she made it known that she ordered…. CRAB! She ordered CRAB! The technicality being that it was not seafood, it was LAKEFOOD! Alarm bells started ringing so I asked how many dumplings she order, “oh not many, 4 each,” she said. 4 crab dumplings!?! I was in way over my head.

, I made it through all four dumplings (only just). I won’t run to have crab dumplings again, but they were very good dumplings. Thankfully the crab meat was not seafood in taste, just the crab eggs on top and by the forth, I was extremely relieved there were no more. Now for all those family members and friends that think this opens a door to all things seafood in my mind, I’m sorry to disappoint but I will be continuing my non-seafood ways from today onwards… Lakefood (how did I miss that?).

After finishing the crab Evelyn and I took a stroll through the Yu Gardens, very pretty and you would never have guessed that the crowded, packed Bazaar was just outside. I stopped for a brief moment to take a picture and standing right next to me was, Dad. I knew we were going to somehow find one another in all the people so we had a good laugh and then went our separate ways again. As we were leaving the park it started to rain, so we jumped into a cab and headed across the river to Pudong. Now Pudong used to be farmland and only started serious development (as Evelyn tells me) back in 1999. So everything is new… and really really big. We get out of the cab and see the Super Shopping Mall (it had a silly name very similar to that), further around we saw the Pearl Tower and finally the Jin Mao tower, currently the tallest building in Shanghai… but not for long.

This is where we met up with my parents and have lunch all together in a restaurant called the Paradise Garden, a Chinese restaurant on the 6th floor. After more delicious Chinese food and some great company, Evelyn had to head back home to take care of her son for the afternoon.

We then went up to the top of the Jin Mao tower (Level 87) where you will find the Grand Hyatt’s bar, Cloud 9. And Cloud 9 it was, there was absolutely no visibility, you had no idea how high up you were or the fact you were even in Shanghai sitting in a bar that has a almost endless view of Shanghai. So after the experience of one drink we were left wondering what to do in the rain. There was only one thing to do in the rain…. SHOP! So we went back to the Super Shopping Mall that certainly lived up to its name. 8 floors (ok, two were restaurants, amusement centre, cinemas) filled with all your Usual Suspects (side note, great movie) and some funky boutiques as well. Mum bought three shirts, I bought four and Dad, well he just comes along for the ride (and to carry all our shopping). 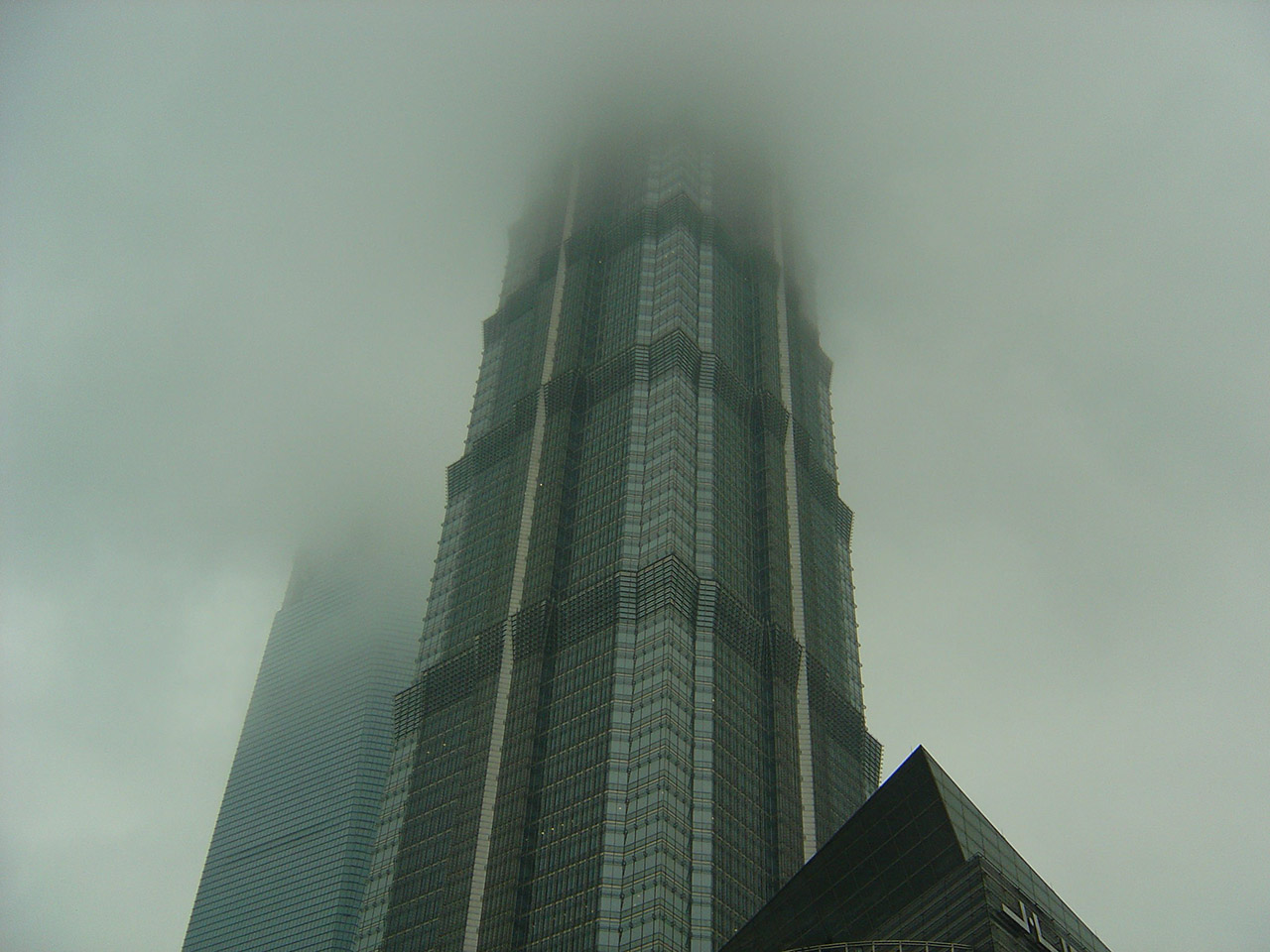 Because the mall was so big we didn’t really feel like there were thousands of people inside, until we tried to catch a cab outside. With little options left we thought we should try our hand at the metro. We made it back to the Hotel with only one small hiccup, there was no way the three of us were going to fit on the first train, it was absolutely packed.

The rest of the afternoon and evening was spent, blogging, packing, having dinner in the Hotel and finally, some rest.

A Poem About the Goodness of Wine