I'm speechless. As if New York could possibly get anymore dream like I found myself at Radio City Music Hall watching Lady Gaga perform to her home crowd. The crowd was eclectic to the extreme, from gay guys, to New York teeny boppers, some dressed up, some not. Wow.

For starters, if you ever get the chance to see a performance at Radio City Music Hall... GO. The venue is architecture beauty and I doubt there is a bad seat in the entire house. It was designed for this! It's not an arena, it's more intimate and I don't think I can see Lady Gaga when she does her Arena tour in Sydney, it just wouldn't be the same (PS. It wasn't). $5 for a coke that the bar tender made me skull part of so he could fit the rest of the bottle in the plastic cup, $20 for a program that is apparently going to be donated to Haiti.

The preact was Semi Precious Weapons and the lead singer strutted around in Stilleto's and swore... A lot. I didn't explain my earlier swearing at the start of the blog but "New York motherf*ing City" was a t-shirt they were selling. Two lines I won't forget...

"I'm giving my tote bag away to the first person to flash their tits. Girly tits only. Oh wait, I'll give it to you because yours are basically already out."

"We are Semi Precious Weapons and we hope you all get laid tonight."

I also won't forget that the singer popped a bottle of champagne and poured it into the mouths and glasses of the audience.

And now would be the time that I get on my soapbox and talk about the appropriateness of this at an under 21 event. There were kids here (not many but a few), yes they were with their parents but you can't tell me that doesn't leave an impression on them. I had four girls sitting in front of me during this performance (the idiots thought they could sit wherever they wanted at a sold out concert, needless to say I enjoyed watching them get pushed along from place to place... Honestly have no idea where their real seats were) they were all of about 14 or 15 and they are asking the gay guys in front of them to buy them alcohol... which they did... idiots. It should have been an over 21 event.

My seat was on the first mezzanine level, on the right hand side, three rows back from the ledge and on the aisle. The seats are angled so there was no one between me and my view of the stage. Brilliant.

I was pleasantly surprised by the supporting act. It had been listed as someone else performing but it ended up being Jason Derulo. As in the guy that took the sample from Imogen Heap to create Watcha Say. He could dance better than his dancers and looked god damn hot with his top off.

The queues for the bathrooms were horrible, I just missed the start of Lady Gaga because of them. Saw this girl that looked a lot like Claire from Heroes (not, of course) dressed up completely with a star around her eye, al a lady gaga style. She looked amazing. Her friend told me she had been planning this for months. Oh and yes, there were leotards and gaga lookalikes EVERYWHERE.

8.54am - I could go back to sleep and watch the morning pass me by but I promised myself I would make every minute count so here I am looking out on the city that never sleeps, in all its wet weather glory, wondering what the hell that grinding noise is in the wall next to me and should I complain about it? It's intermittent, so just my luck I say something and the noise doesn't come back. Sigh.

But Back to Gaga.

She came out on stage in a unitard that was covered in lights behind a sheer screen that was projecting a cage effect. There was a frame around the entire stage, two angled screens into the back with a television screen there too. The effect was that the whole concert looked to be set in a picture frame, a moving piece of art as you will. Throughout the concert Gaga and her dancers would come out of the picture frame, to the front of the crowd, but let me tell you, I might have been disappointed if I had been one of those crazy people to pay thousands of dollars for a orchestra pit seat. 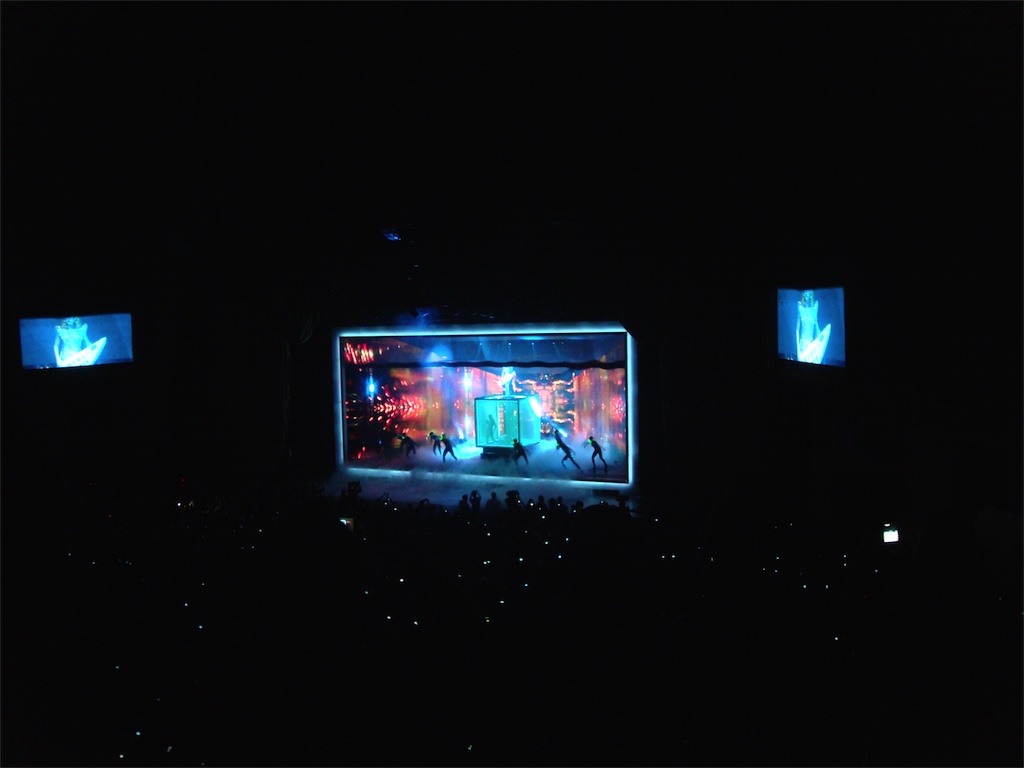 Speaking of which, the line outside Radio City Music Hall, for people that were hoping to get last minute tickets was absolutely huge. I thought at first it was the queue to get in, but I quickly found out that was not the case and walked straight through. SO HAPPY and relieved when my ticket granted me entre.

"This is my last show in New York, so you know that means..." long pause "We can have sex and I don't have to see you tomorrow."

Gaga played all her songs in an assortment of leotards, feathers and a red bikini. She went through all her hits, sang it all live (from what I could tell as she kept dropping into conversation with the audience in the middle of songs). There were only two songs I didn't recognise so was loving it. She sang speechless on a piano that looked, I can't even describe it. It was black pieces of wood just joined together randomly. One of her dancers picked her up with one arm between her legs and in the middle of Love Game she told the audience to whip out their d**ks (thankfully no one around me decided to take her up on that offer). Once again... kiddies should not have been at this show. 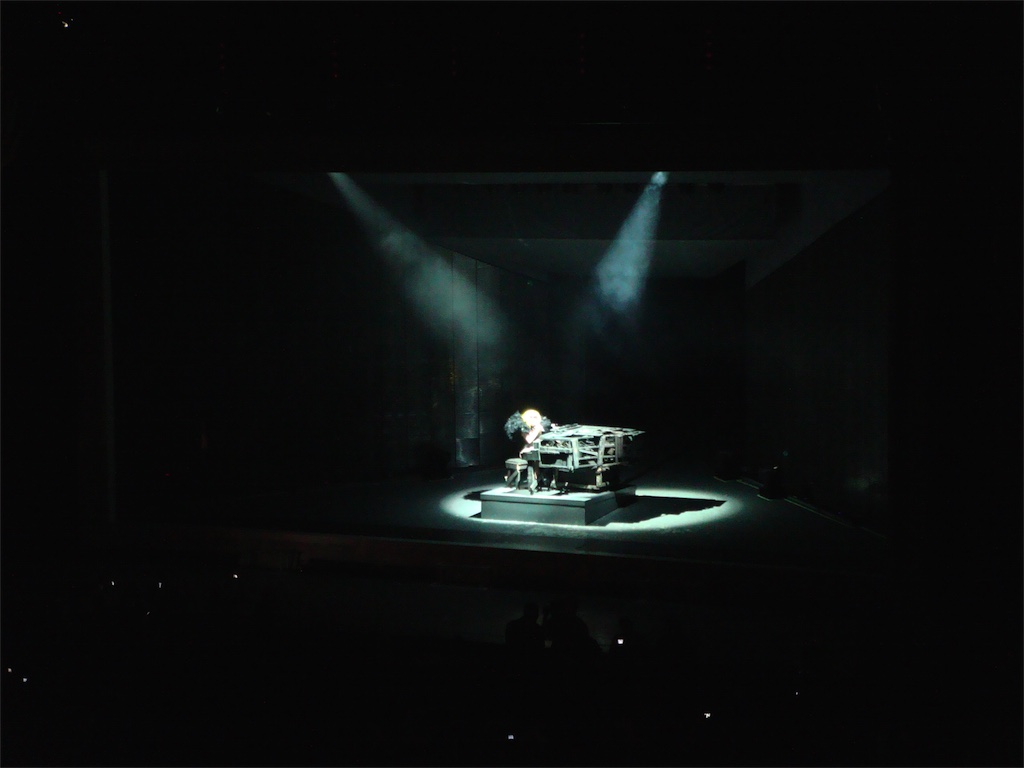 Gaga at the end of the day is an artist. It's not just a singer on a stage performing, it is art. She ended with an encore of Eh Eh and Bad Romance but surprisingly one of my favourite songs was in the middle. It was Paparazzi and I came back to my room and downloaded that pretty quickly.

But before I made it home I gave Rindi a call because she only lives a couple of blocks away. We ended up in this small gay bar next to her apartment building for a drink (I was pretty much back to normal by that time). I got back to the room around 130am after talking the night away. The bar tender got all excited when he saw the Gaga program... too cute.

End result. Was Gaga worth it? HELL YES! It could very well be the highlight of my trip :D 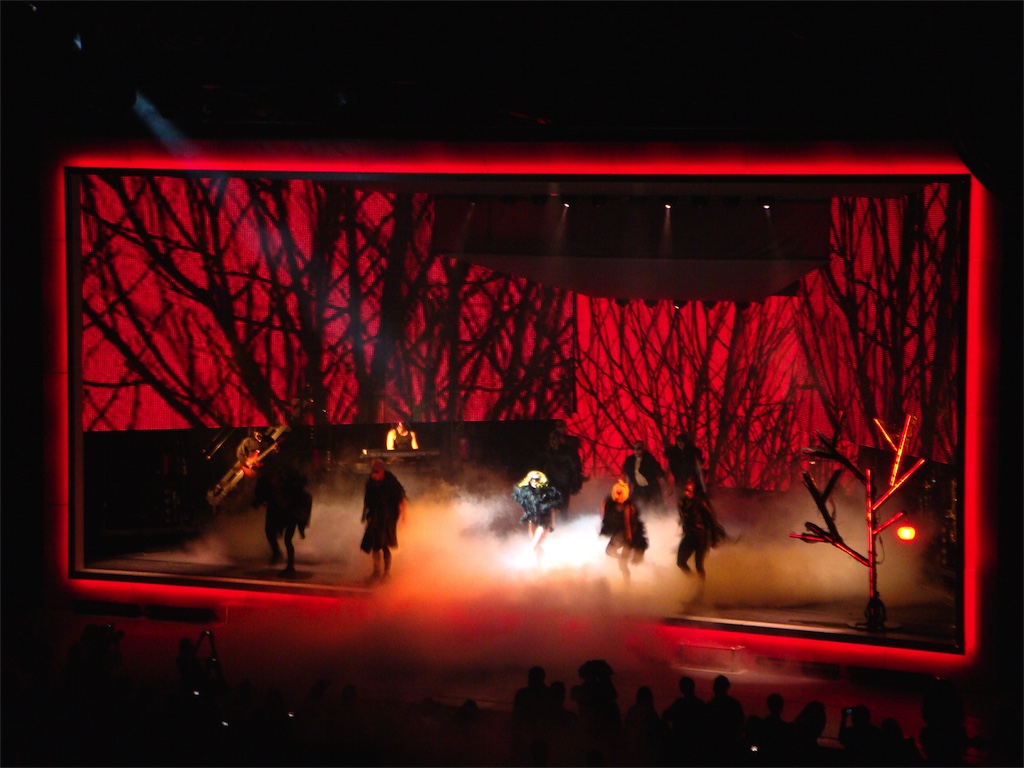 A little rain won't hold me back