To use the most of our two day bus pass we hopped back on the bus and headed back into the centre of the city. After stopping to play with the masses of pigeons at the Placa de Catalyuna (spelling pending) before walking back to the Casa Batilo (this time with the mother camera) and paying the rather ridiculous 16.50 euro entry to have a look inside. I don’t know if it was worth more money than Sangrada Familia, but it was nice to see. 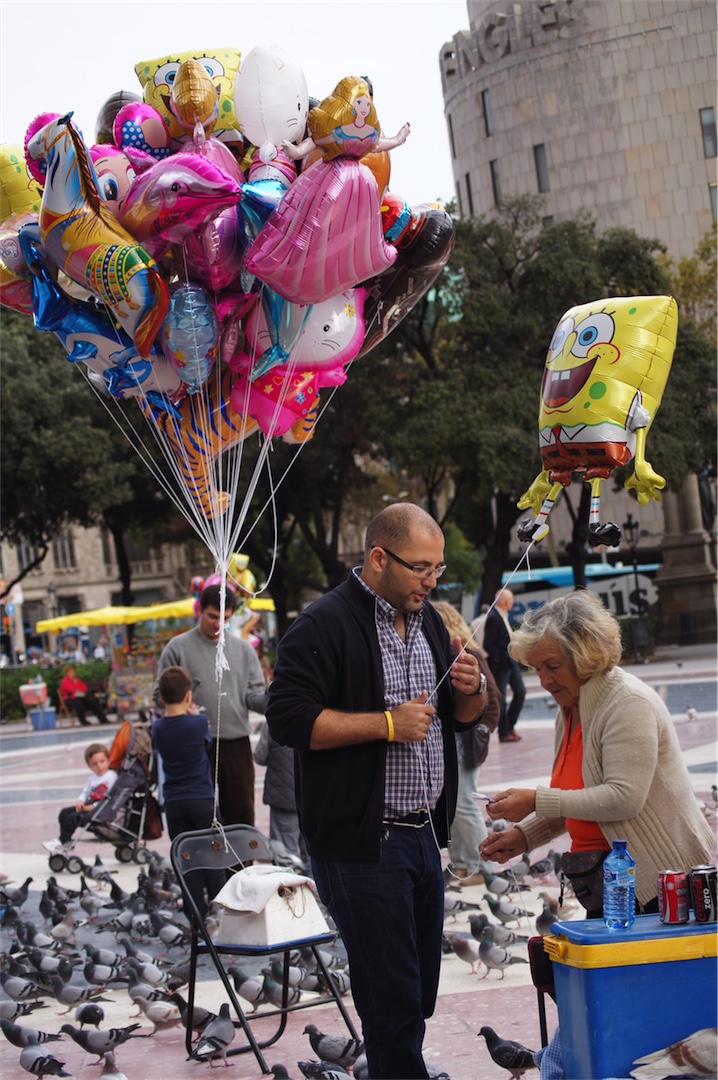 Since we avoided the 22 euro ham breakfast this morning by 1130 we were searching for food, this came in the form of a ham and cheese foccacia at a random cafe on the main street. It did the job. We then tossed up whether it was worth paying another 15 euro to go to the roof of the Casa Mila but in the end we decided to. Good decision because there was more of a view from this one. Oh and I realised this morning why we couldn’t see the Sangrada Familia from our room… There’s a huge cable car column sticking up in front of it! FAIL! 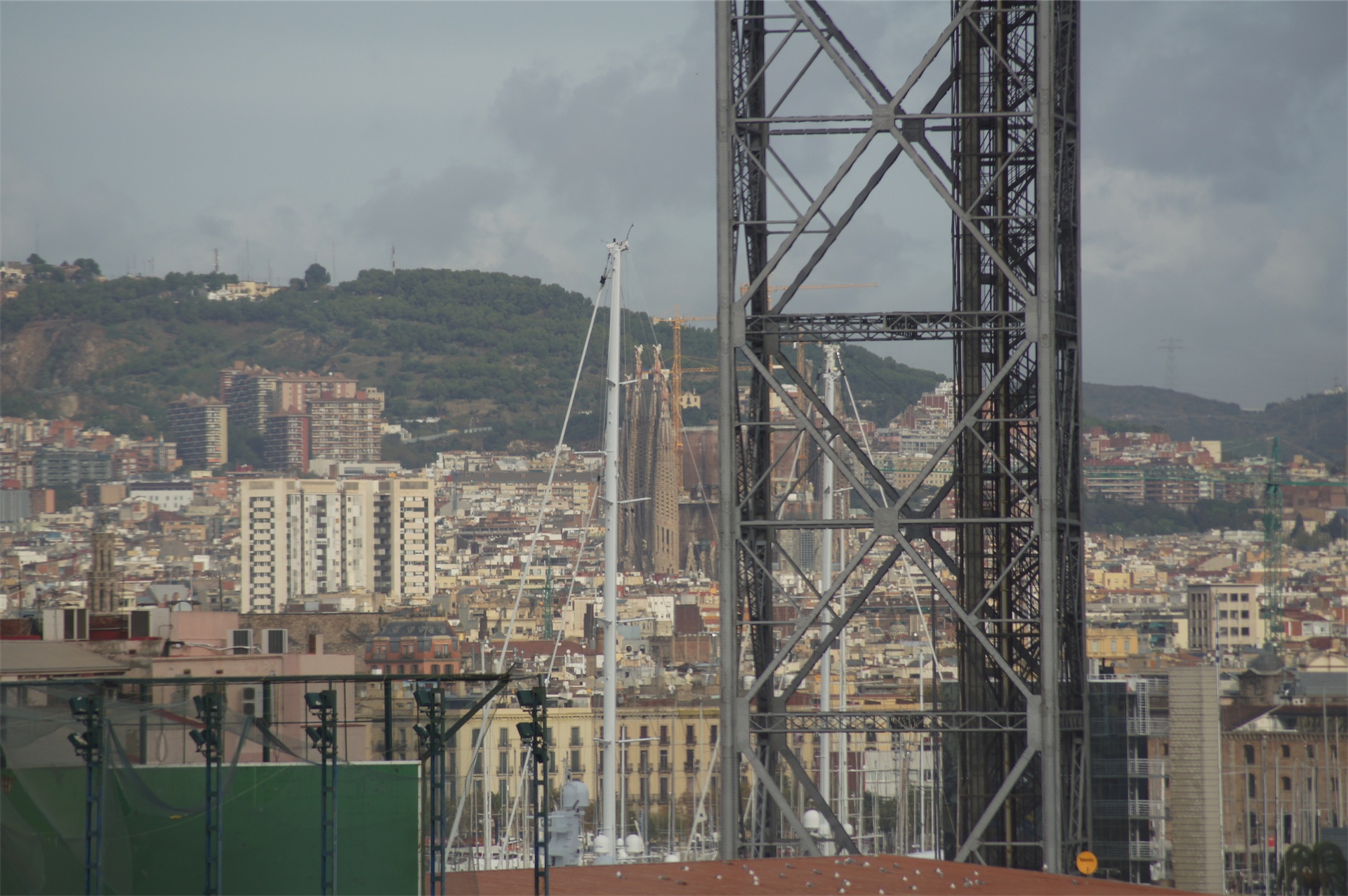 Here's the impeded view from the room 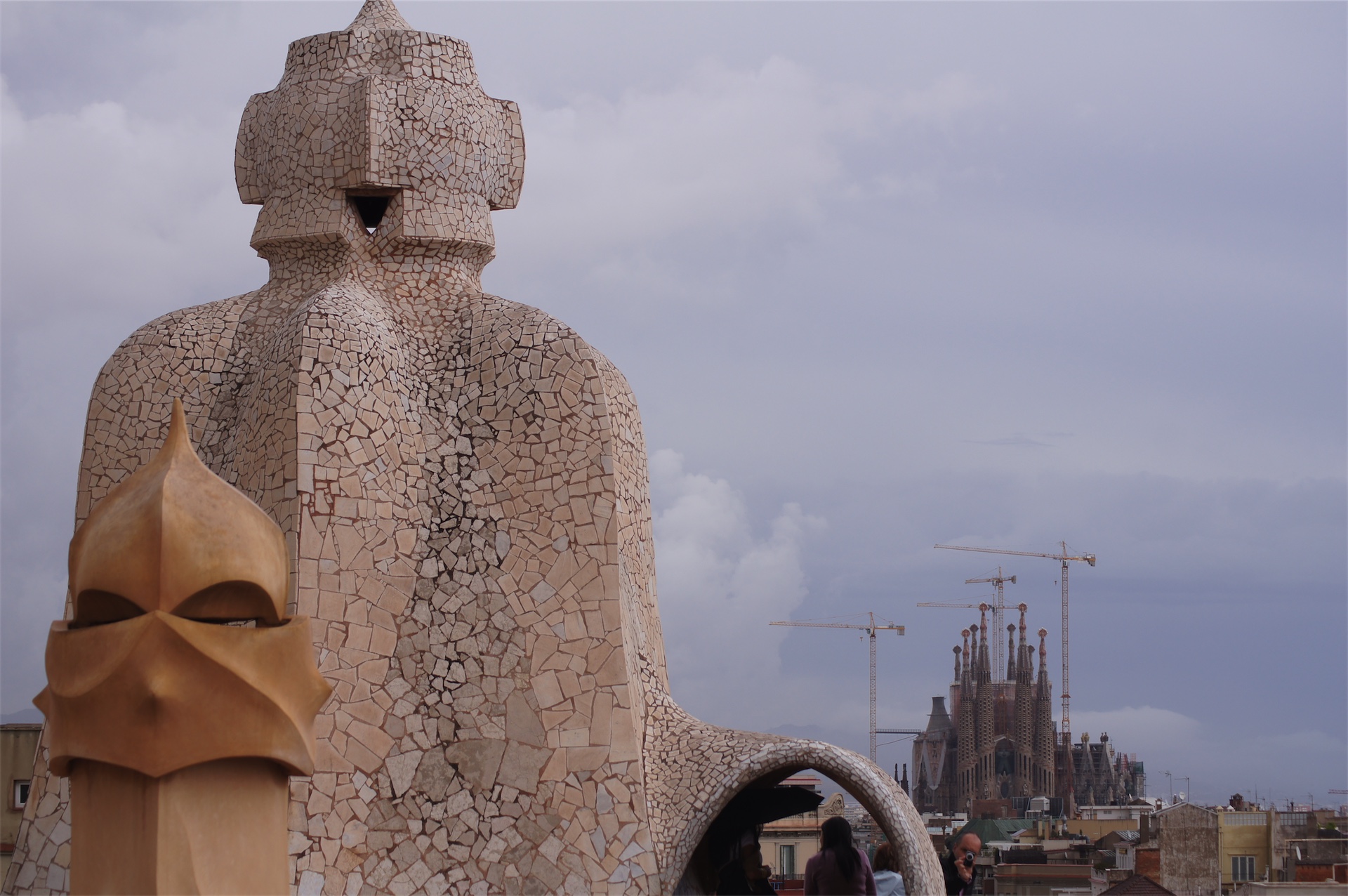 Here's a much better view

We couldn’t wait any longer. It was time to brave Zara. Note that I did this on a day I was carrying barely any money and no credit cards, so the couple of things I saw would have to wait for tomorrow… oh but the shops are closed tomorrow! FAIL! We then walked down La Rambla, stopping off at the famous food markets halfway down the street. For all the talk of pickpockets on this street it seemed like a pretty normal street. I actually saw more husslers in London than I did here. The street is just another street, but there was a crepe and ice cream place on the corner, quaint and delicious! COCONUT GELATO HOW I HAVE MISSED YOU!!!

With about 33 euro left on me for the day we headed to the funky little shopping district around the Santa Maria Del Mar church and spent all my money in a design store attached to one of the smaller museums there and since this will probably be the extent of my expenditure in Barcelona my memories will have to be with a postcard, a iphone stylus pen, a foldable plastic vase and an umbrella shape like a wine bottle (I had one of these already but it is broken so to find it again was a bonus). Sigh. Why do the shops have to be closed on Sunday?

We took the long walk back to our room and had a couple of hours before heading to the fancy restaurant in the Hotel called Bravo. I don’t know how to describe this. Bread came on a tray with cured hams, nuts, olives, something in a tin they said was mushrooms but looked more like mini broccoli (and tasted about the same too), foamed cheese and olive oil. Appestisers came out and the Tagliatelle was soooo fresh and yummy, the cheese had an initial taste of being soaked in white wine which weirded me out a bit. Then for the main some 7 year old beef from Spain, 125g, which I know is small but there is no way I could have eaten the 250g version of this dish. Accompanying it was foamed potato (I struggled to eat even part of that, I like my mash but this again weirded me out), peppers, lettuce heart and sauce. It was a good meal, I wouldn’t say anything stood out but the meal itself had quite the fanfare with waiters that looked more like monks serving us.

After dinner we headed for a drink on the 26th floor of the building. They build it up in the Hotel to be this amazing hot night spot and yes the view is amazing but for the rest, its just a bar and a small one at that. It was disappointing in a way. By looking at the top you assumed it was way bigger than what it actually was, in fact, it only looked like it was using half the space. I had a pretty awesome Mojito though and the people watching was pretty funny too. It was nice with the view, the view from our room is good because it looks across everything, upstairs it looks down on everything.

In Search of Sangria on Rainday