After almost two years in New York City if I've learnt any important life lessons that don't involve avoiding sidewalk liquids it is that the best things about this city happen with a moments notice and you need to be ready to hurl yourself head first into whatever goodness is coming your way.Yesterday was one such opportunity.

A work friend bumped into me as I was coming back into my office. It was 4.30pm and the conversation went something along the lines of:

H: "What are you doing right now? Can you leave work now?"

H: "I have a spare Jimmy Kimmel ticket but we need to leave right now and I mean right now."

In the second it took to process the information the decision was made. I wasn't going to the gym tonight and the only concern I had for the crazy that was about to go down was the fact that I had to carry my gym bag with shoes and clothes to the venue (and they better let me in). I completely forgot about the one-on-one meeting I was hosting at 4.45pm and ran out the door. 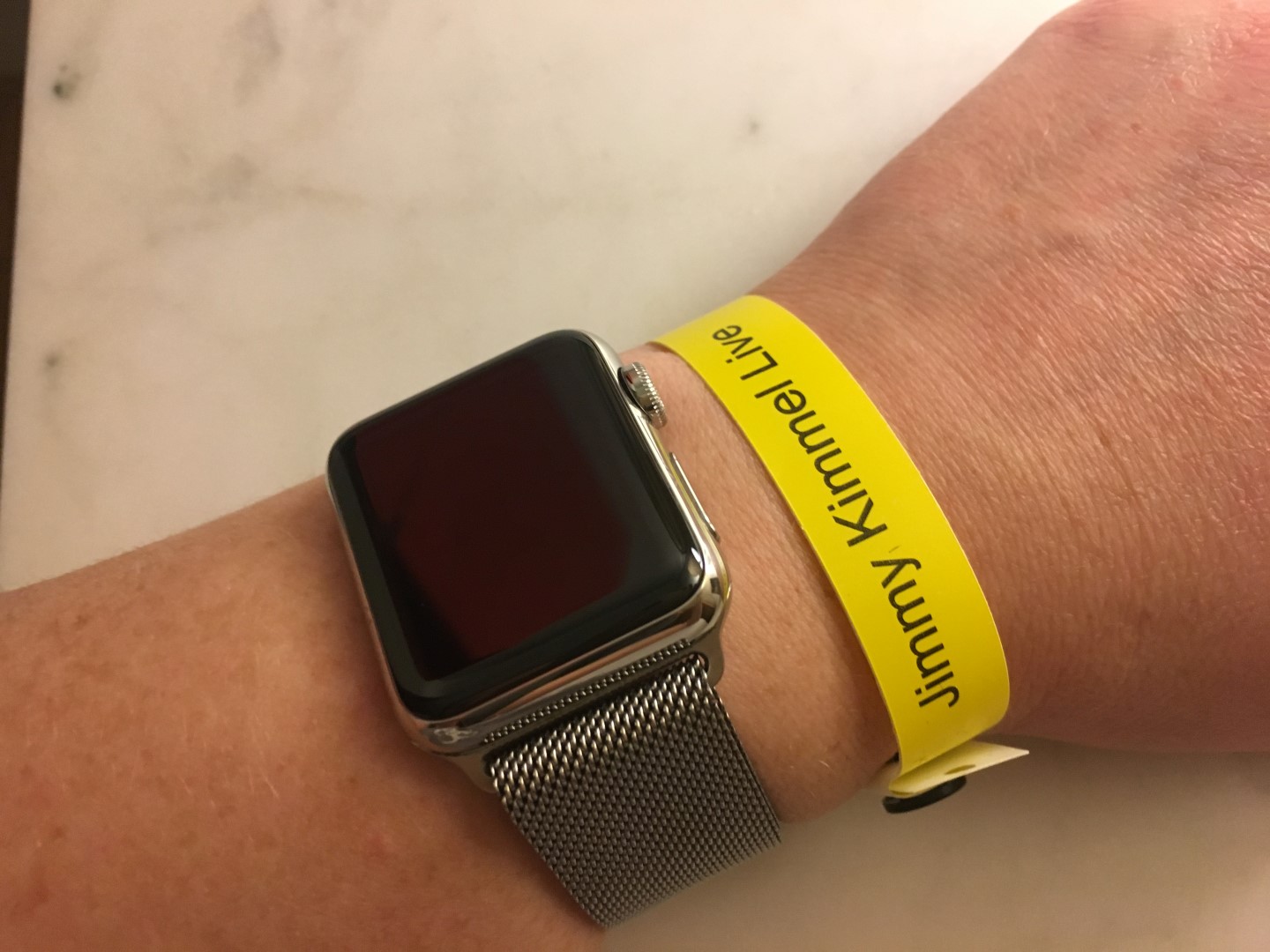 By the time we made it to Brooklyn Kimmel was already doing his thing on stage, the crowd's outside had dissipated and we walk straight inside without a second glance from the police who were hanging outside. Knowing someone that knows someone is great in these situations because whilst waiting for a break in filming we were taken alcohol and donuts. The donut was great, however I came THIS CLOSE to a free Google Home Mini that any other small circular shaped anything was not going to completely satisfy me. Unfortunately there were VIP, VIP bands that we were not special enough to score.

Truth be told I only watch Kimmel when one of his videos pops up on my facebook feed and sounds mildly interesting. However great it was to see him live an interview with David Letterman would not be considered click bait on facebook.

And so as the show was rolling towards the end at a far more reasonable hour than it is aired on TV my thoughts went to dinner and possibly even to head back to the gym.

Stevie Wonder is revealed onstage and he is chatting to Kimmel about his charity concert that is on tonight... And you get a ticket, and you get a ticket and everyone gets a ticket! And I'm not going back to the gym tonight, but I did get a giant rainbow fortune cookie.

Now you can probably guess the quality of a Tuesday night charity event by the fact that they are giving away tickets to potentially a thousand or so people on the day but with J Lo, Jay-Z and Stevie Wonder on the ticket there was hope. We made the mistake of going straight there instead of stopping for dinner, which was problematic because most of the food choices inside the arena were closed. Then because we were there at the beginning do you think any of the acts were quality? Nope. 1 hour went by, then 2 and 3 and by that stage I had only seen one performer I knew and another group that I recognised a song of. No Stevie, J Lo or Jay-Z and given that I bailed on the evening knowing I still had to get home and back to work the next day.

It was a concert I could have lived without but the randomness of the afternoon and evening is one that I will not forget anytime soon.

A Year Ago Today - Toronto Edition

A year ago today I said farewell to the dollar-sucking, food-heaven, all-round chaos that was New York City and prepared myself for another change of tax systems and flag. I may not be heading back to Australia but Canada feels closer, even if Toronto is still two flights and 15,558km away.…

Precision is one of my favourite things, so when you begin your morning with a well choreographed battle sequence in Game of Thrones and end it with the timing and staging perfection of the Edinburgh Military Tattoo you can look back and think, damn, that was a good day.…