April 25, 1915. Known to all Australians and New Zealanders as Anzac Day. A commemoration to the lives lost on the shores of Gallipoli, where you will find me today.

A twelve seater Mercedes Mini Van barely fits into the street in front of the Hotel. This is our ride for the next 6 hours to Gallipoli, a 12 seater bus for 3 people, seemed excessive but our combined luggage probably left the tour company little choice in the matter. Construction of apartments in the outer lining areas of Istanbul is rampant, the entire coastline view seemed to be covered with them, however the further we came out of the city those apartments turned houses then farmland. Hugging the coastline of the Sea of Mamara is a stretch of holiday apartments right on the narrow beach front and the closer to the border with Greece and Bulgaria the more military trucks on the roads. I wish I had have taken a photo of the military bases in the town of Gallipoli with a head and the tip of a gun popping out over the makeshift bunkers on the side of the narrow roads. Three wrong turns, google maps and some friendly assistance on the side of the road and we landed at Anzac Cove. These detours were thankfully brief with a driver and a tour guide and even Dad admitted we would have been lost if we tried this drive ourselves.

The first thing that struck me standing next to Anzac Cove in one of the many Allied forces cemeteries was the complete lack of beach front and the unforgiving terrain beyond. The boldness of the campaign quickly became apparent, the arrogance of the Allied leaders clear, the hardships of the men who fought here and the 8 month stalemate that would ultimately force our troops to withdraw was a frivolous activity that claimed so many unnecessary lives on both sides. 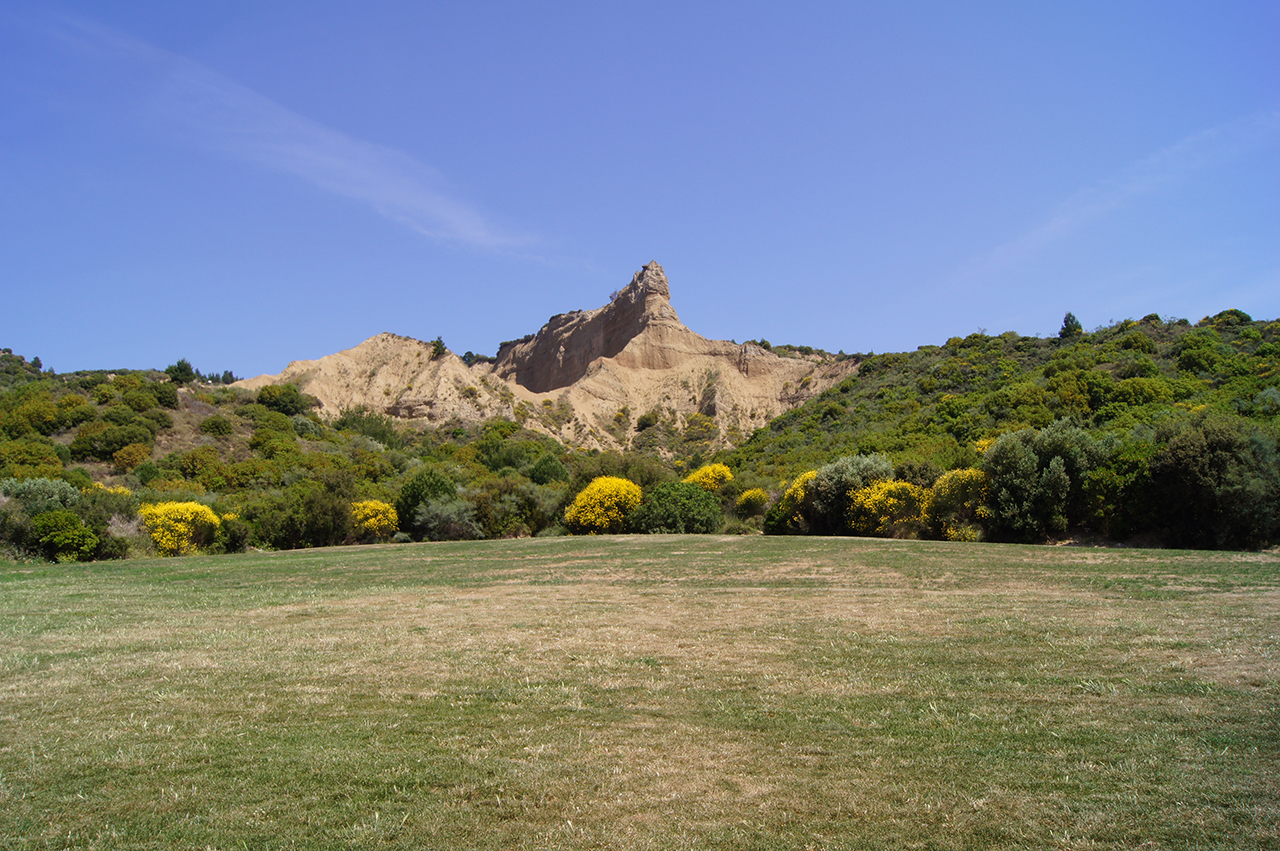 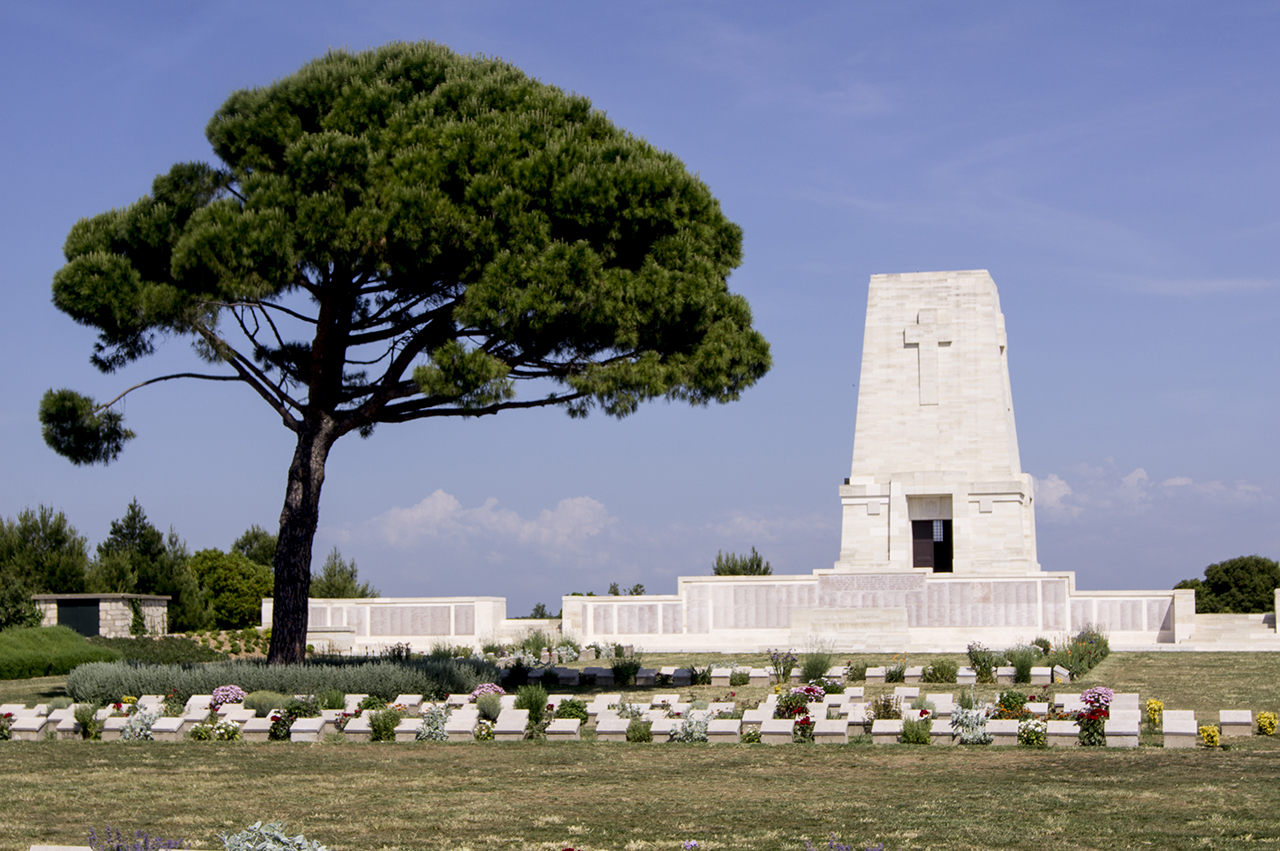 99 years and the gravity of Gallipoli still echoes through the Pennisula, so many battles won and loss on these lands that it is impossible to see all the battlegrounds in a day but beyond Anzac Cove we saw Lost Pine, various cemeteries both Allied and Turks, some of the remaining trenches and the New Zealand memorial next to the statue of Atatürk. By the time we arrived in at Gallipoli Houses, where we were to spend the evening it was 5pm and soon after posting yesterday’s blog I collapsed on the bed listening to the sounds of the village; It’s as though Old McDonald had a farm right outside my window.

At dinner Dad was recounting a conversation he had with the owner of the House. A photograph had been given to the Hotel by a New Zealander of their village during the war. Said New Zealander happened to be staying at the Hotel. It was a pretty cool story placed in the memory banks until a little further into dinner where I began looking at the table across from us. Wait a second. I know who that is, I know who gave the Hotel the photo. I quickly ran upstairs to take some twilight pictures of the village and at the same time I imdb’ed. Now certain of my earlier thought I took my phone and wrote the following to show Dad:

“The New Zealander, the one who gave the Hotel the picture. Is he sitting at that other table and is it Peter Jackson, a la director of the Lord of the Rings?”

Dad wasn’t sure, Mum had her back to him and so Dad told me to go look at the picture hanging on the other side of the fireplace and sure enough this is what I found: 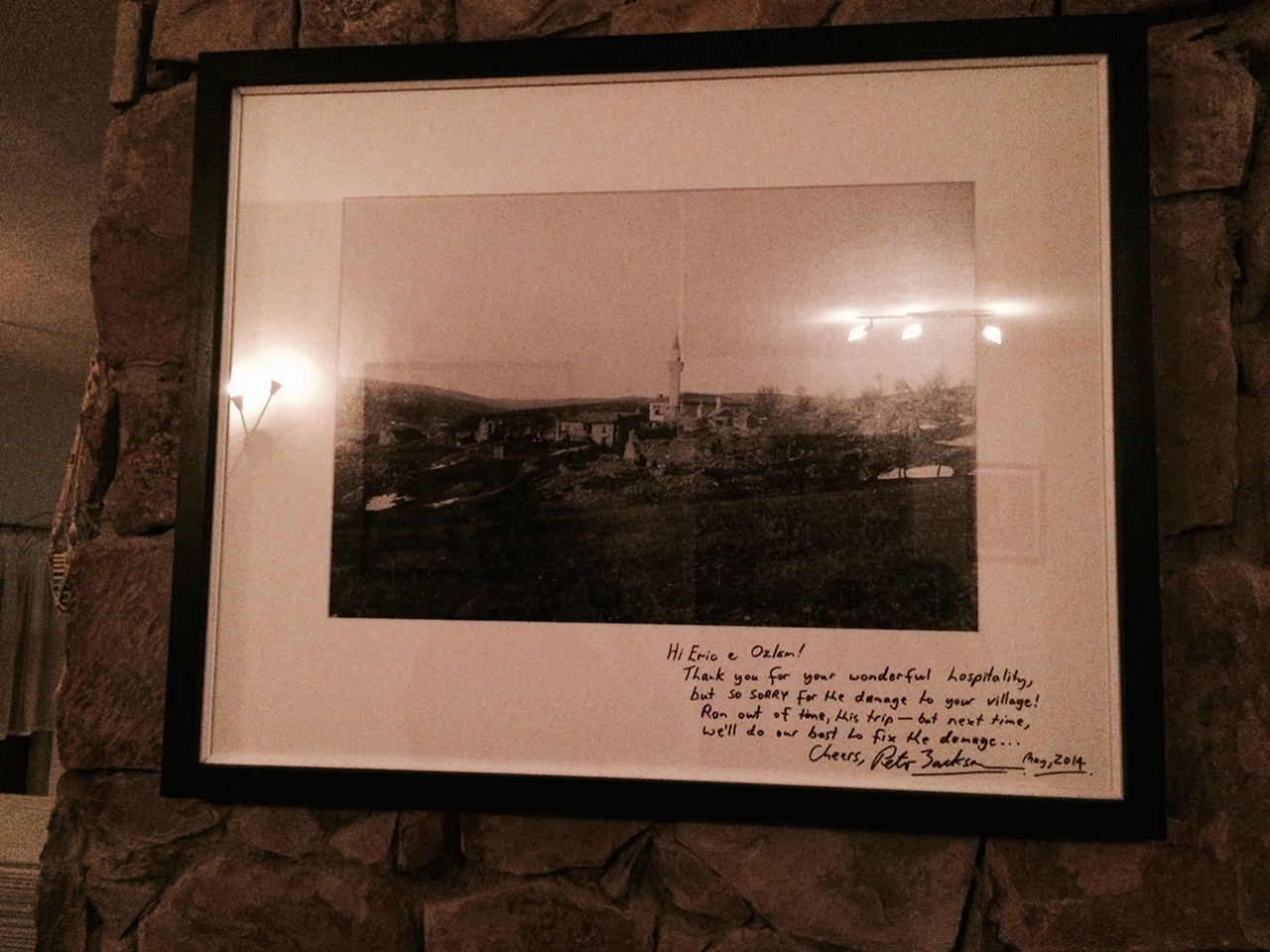 What an unexpectedly amazing way to finish such a humbling day.

A wooden horse stands at the entrance to an archaeological dig site, the replica, significantly smaller than the one you may be familiar with is a mark of this once thriving city. I am of course talking of Troy.…