Sadly this experience lasted all of 20 minutes with a sprite and a few words before being herded back into the masses. But wow, hard not to be impressed by a lounge that runs the entire length of the terminal.

We were delayed an hour on the tarmac, Mum and Dad seeing the show of engineers entering the plane to fix a fault with duct tape, which I’m sure instilled an endless amount of faith in the aircraft we were about the hurtle through the air in. However down the back of the plane reality was indeed sinking in after my brush with Business Class. With an elbow permanently in my side and the inability to sit in my seat straight, with a conversation between the lady next to me and another lady across the aisle, with the gentleman in front who took every available chance to push his chair back in my face my tolerance was waning. By the end of the four hour flight (5 with the delay), I had been disturbed four times with requests to get up from my seat, a phone passed over me and my laptop three times to show the lady on the other aisle pictures of a kid and twice I had the Air Hostess tapping my shoulder asking to get past when I had no seat to return to. The last was perhaps the worst because there was clearly no empathy or sympathy shown, so much so that I did lose my very fake facade to one Hostess by saying, “That is my seat [which was currently occupied temporarily by the person next to me], what would you like me to do?” She pushed past anyway with her tray of water. Note: Even Dad noticed the very narrow aisles when he took an adventure to the slums. And speaking of pushing past I was standing in the aisle waiting to exit the plane and the lady next to me thought it would be a good idea to enter the aisle too to access her bags. I was sandwiched for a few very long minutes between the back of the man in front of me and a bevie of body parts far more disturbing than the elbow in my side. Freedom came slowly, thankfully it finally appeared.

We were in the car on the way to the Hotel when Mum commented how ‘cramped’ it was. It took me an extra few seconds to realise she was not referring to the car, but the unorganised working chaos that we found outside Istanbul airport. It is moments like these where you thank your lucky stars for a pre-arranged car and an escort through the chaos. Sometimes it is nice to use someone else’s brain and follow willingly like a sheep.

To the Hotel! Four Seasons at Sultanahmet, a prison turned Hotel in the middle of the vast majority of historical sites. It was very clear from our arrival that we would be cursing ourselves later for this would only be a one night stop but it was enjoyed all the same. 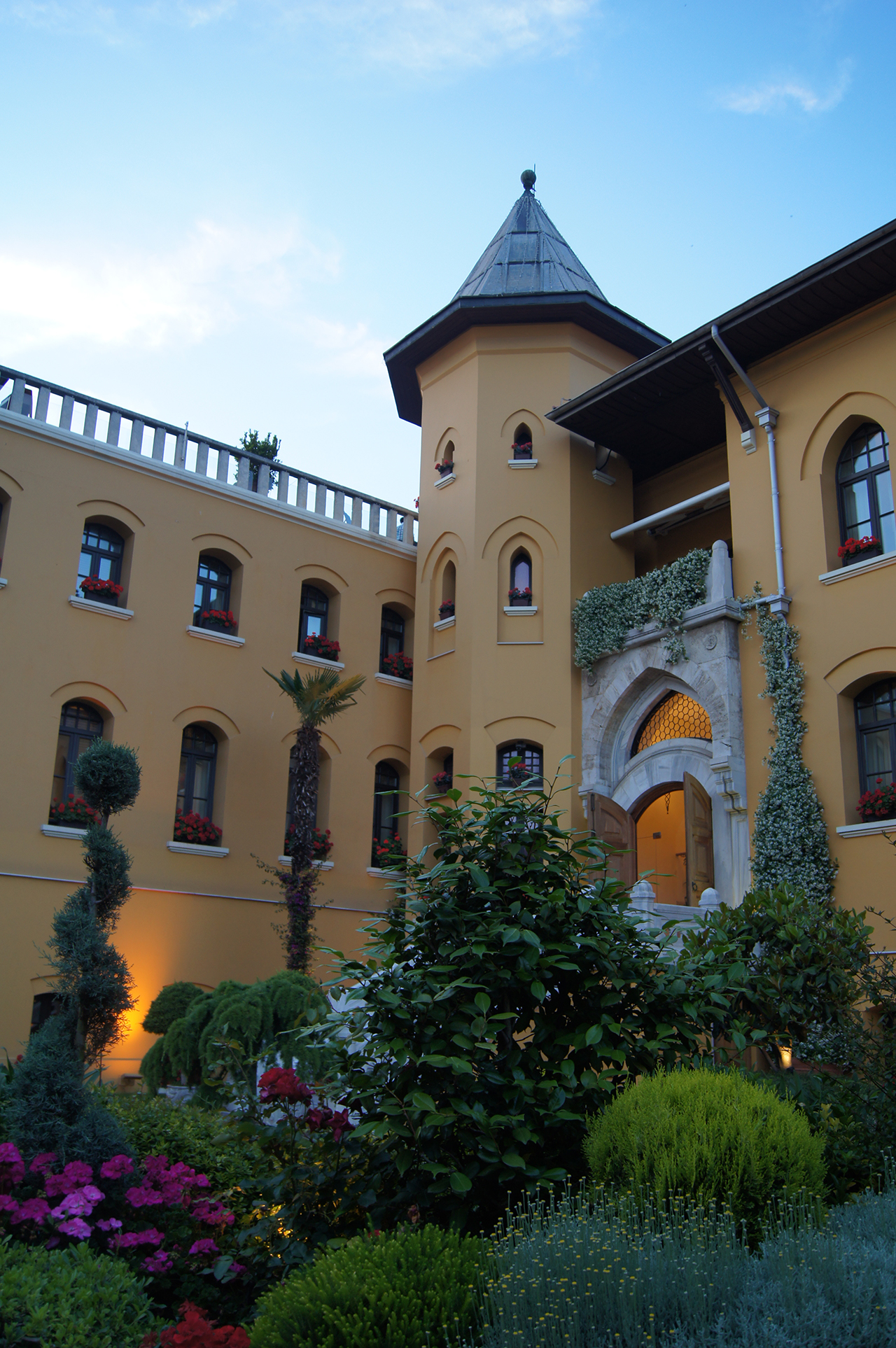 The flowers are in bloom, the star jasmine fills the courtyard with its beautiful scent as it climbs up the wall. It is almost impossible to image it was a prison with the large rooms and entrance ways. Ceramic tile paintings line the walls as art and everyone in the Hotel knew exactly who I was. Is it possible for a Hotel to make an exceptionally memorable experience in less than 24 hours? The answer is yes.

But don't think I curled up in the Hotel after arriving at 5pm. We were in the centre of everything and I wanted to find out exactly how close everything was. So around the corner is this... 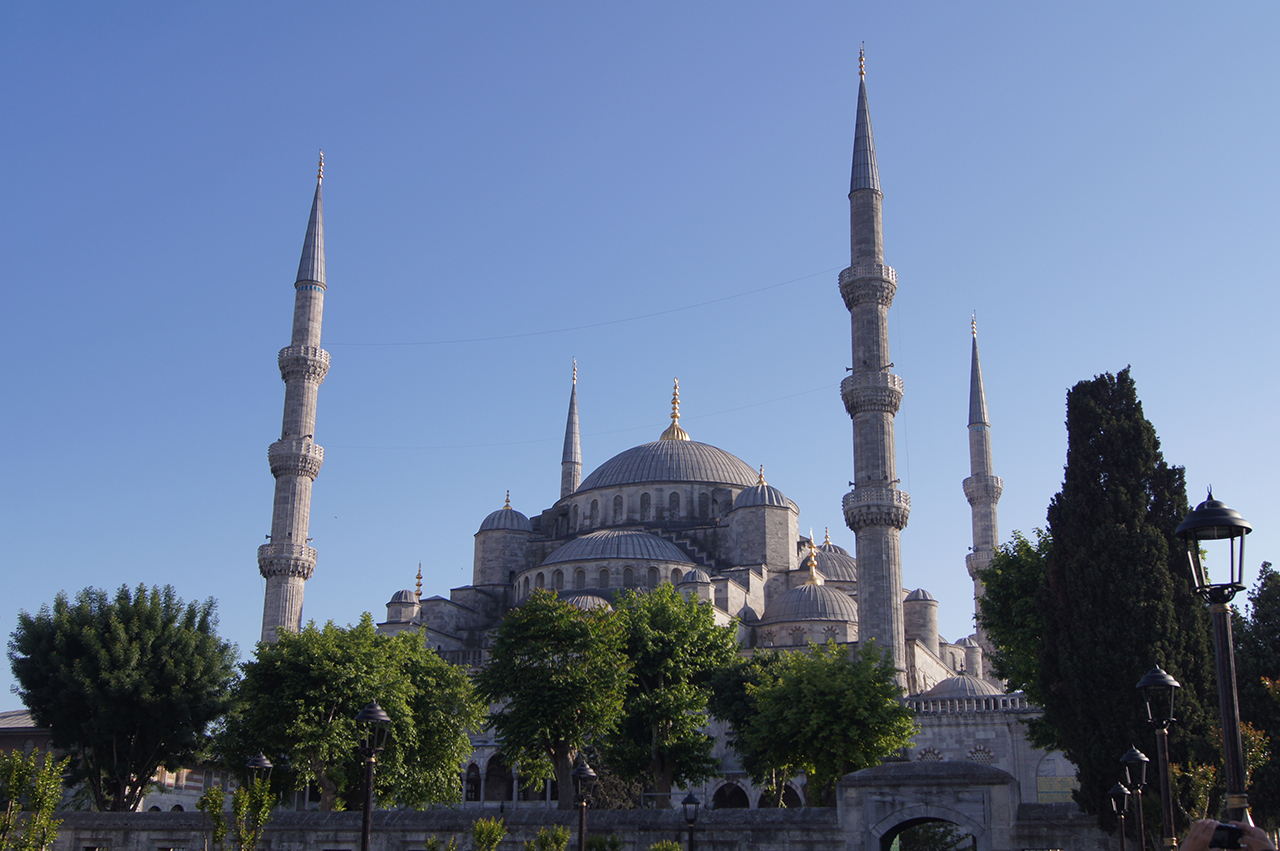 From there turn around and there is this... 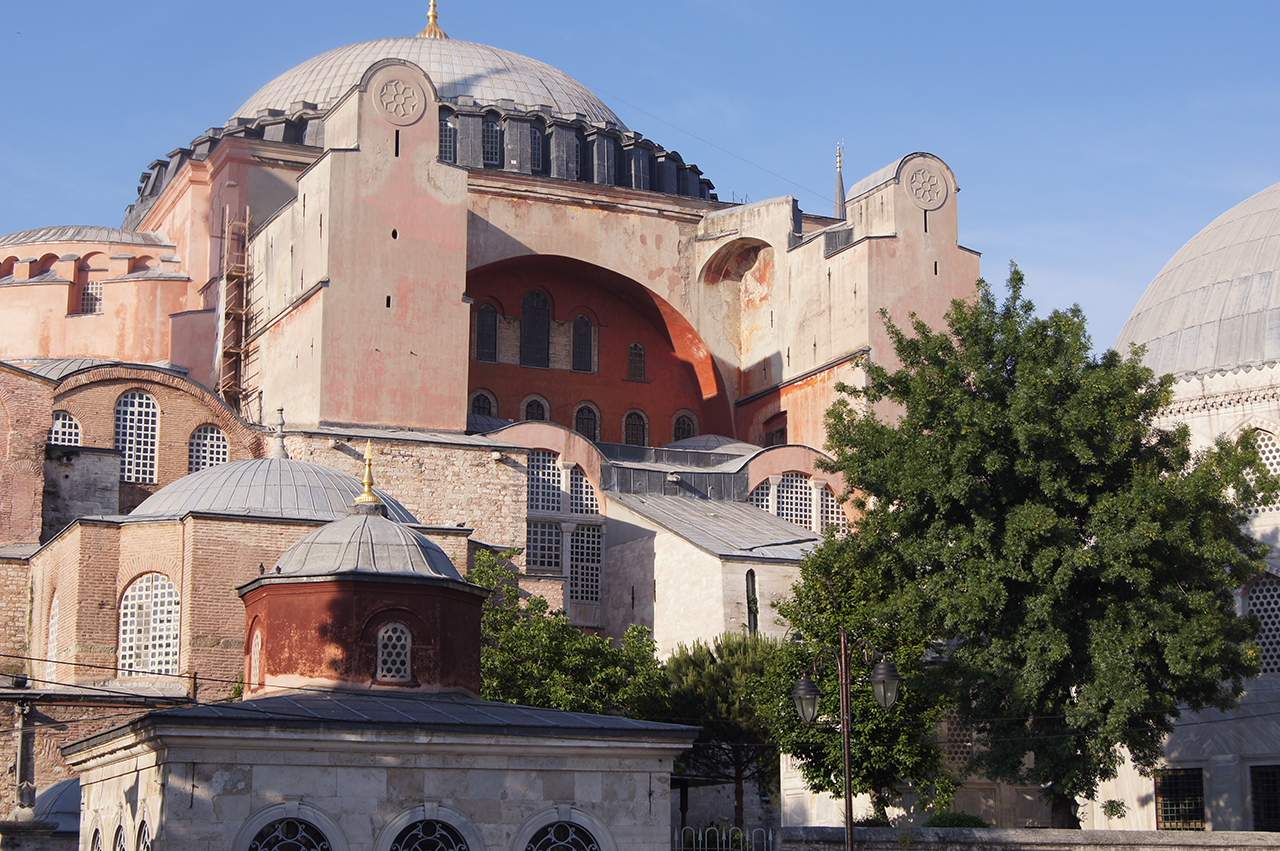 I had no idea the Blue Mosque was so close to Hagia Sofia with only a small park area in between. Consider me wowed then and absolutely floored up on the Terrace a little later in the evening when I took the final photo of the evening. 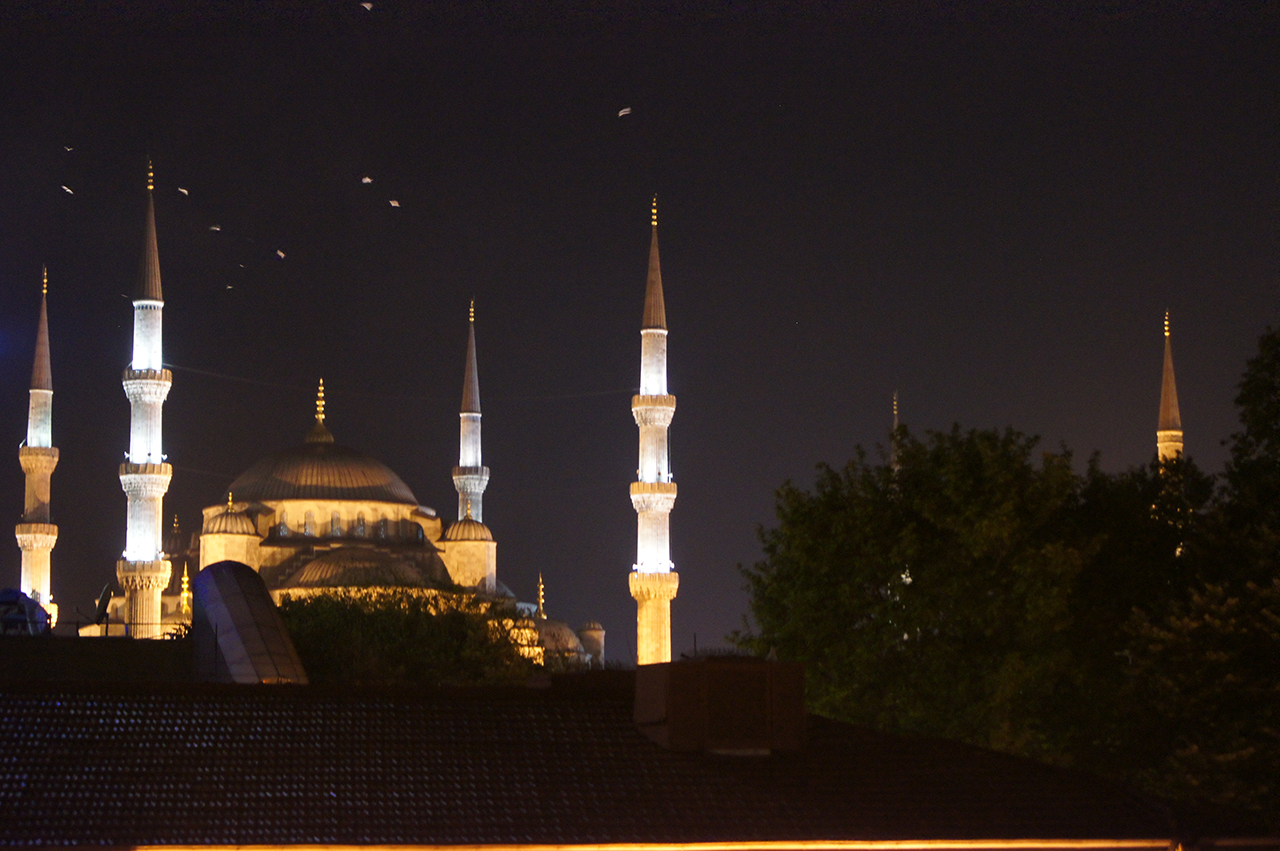 Can't wait to be back in Istanbul, the city and I have a lot of play dates ahead.

Other thoughts for the day...