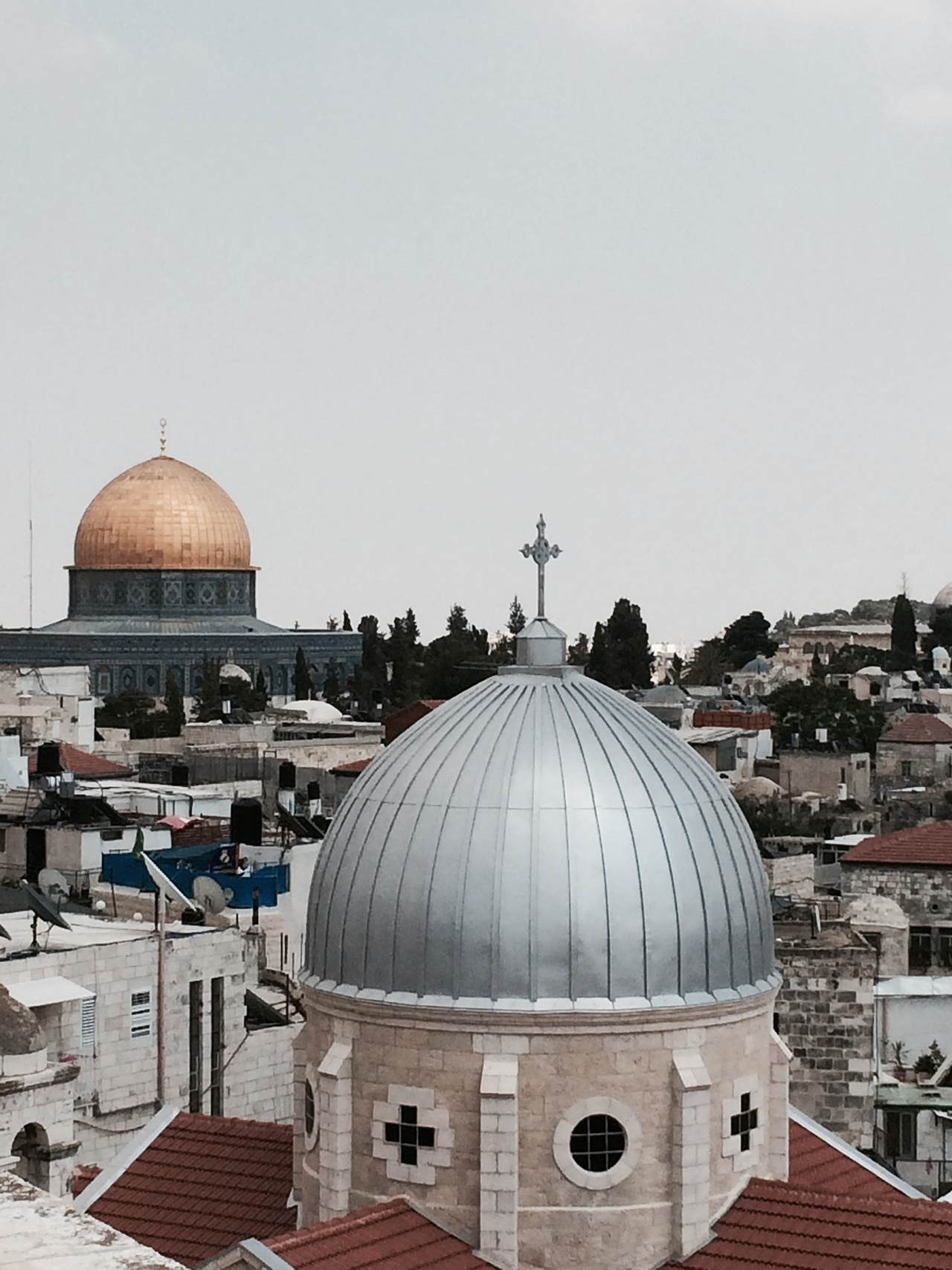 Prayers on paper fill every crevice within reach at the Western Wall and I watched on as a school girl tried to find a place for her prayer: It wasn't easy. Her teacher recited prayers that were repeated by about ten girls around us. I was surprised at the gender segregation, men had the larger slice of the wall but there was about a 5 to 1 ratio of woman to men. They crammed themselves into the space, three to four deep like they were waiting to be served at a busy bar (I apologise for the comparison but it is the only way I can think of explaining it). But there was no mistaking this scared place, the air seemed to buzz in the silence.

Did I mention that the old city is CRAZY? I remember expressing my disappointment in the Grand Bazaar and its lack of chaos but I seem to have found that here. Streets are narrow, half of them don't exist on the maps and the church you want to find is probably buried in a nook somewhere that causes you to walk around in circles before giving up for the day. There are market shops everywhere selling popular souvenirs such as 'Free Palestine' baby onesies and don't be surprised if you see a car in the old city and wonder, 'How the F* did you get in here?' Seriously, the car below drove forwards to get out! 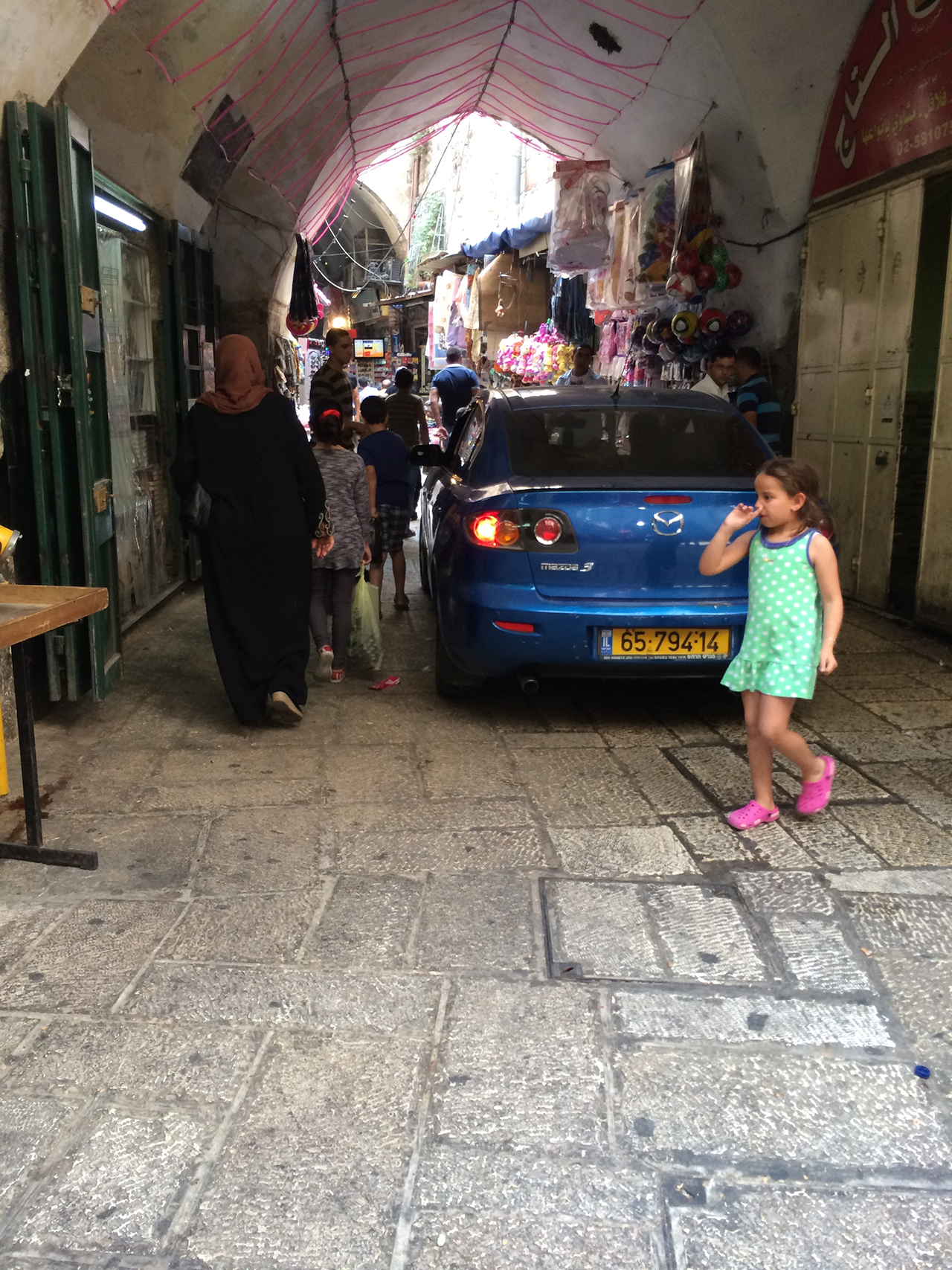 This was my birthday, moments of awe in amongst the chaos. No cake today because I didn't make it to dessert, on that note...

I spoke about my surprise at the high security in Jordan and I had expected even more in Israel, but it seems I am mistaken. Even at Tel Aviv airport it was similar to all other airports, in fact the security seems no greater than what it was in Turkey. There's a security checkpoint for cars on the way into the airport, security cameras in the old city and x-ray machines to access the area around the Western Wall. Military roams the old city streets, toy soldiers with automatic weapons but their presence was not felt at all anywhere else including the airport.

We have however spotted a number of UN convoy cars parked in various places around the city and there is a UN humanitarian building nearby our Hotel.

Other Randomness for the day...