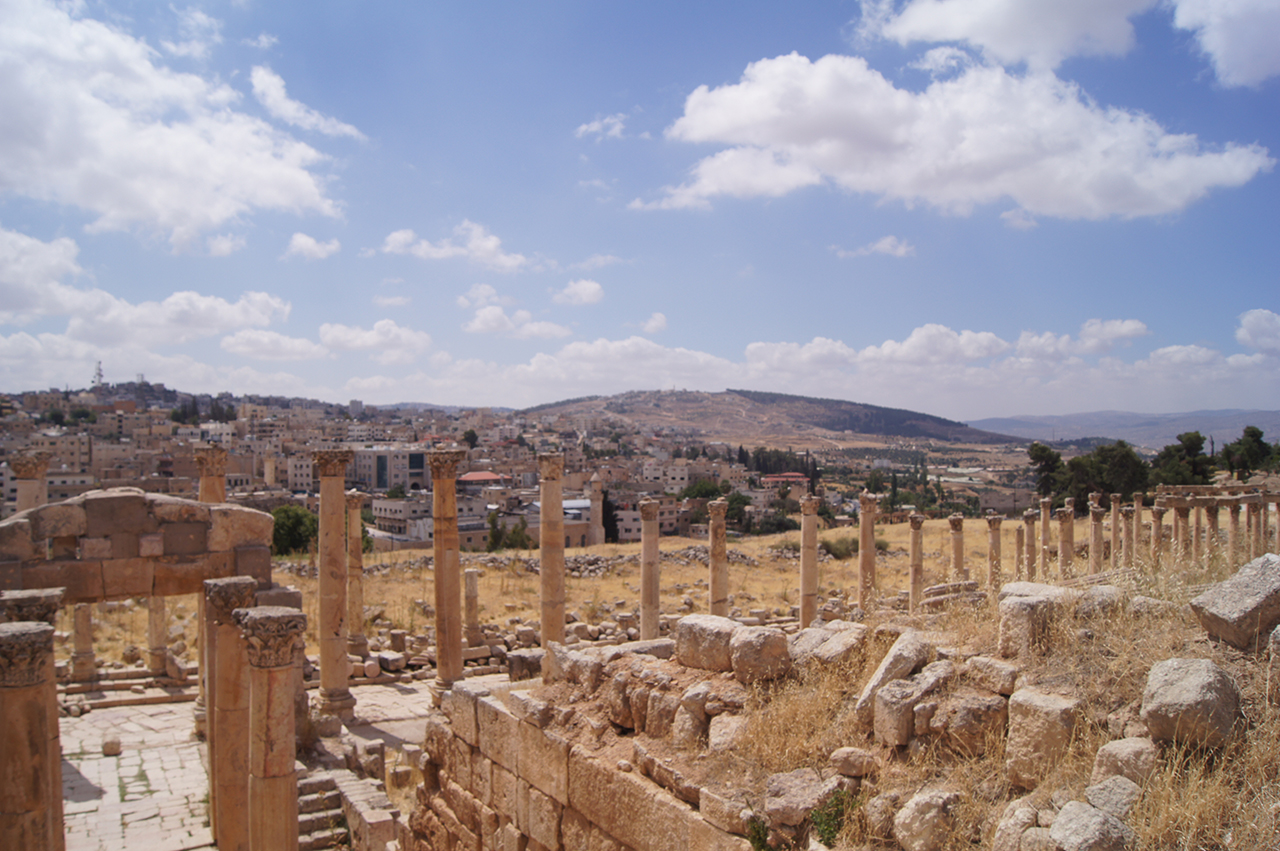 Look at all the columns my friends! Our tour guide for the morning has left an impression on me: He used "my friends" frequently both at the start and end of sentences, no worries though because a 1 - 1 1/2 hour tour turned into two because the family was facinated by the ruins. Most importantly I didn't realise my father had such a knowledge about the decorations at the top of columns, it surprised me almost as much as his extensive flower knowledge, but I digress.

We were regaled with some amazing acoustics in the Roman theatre when two Italian ladies from a tour broke into an inpromptu opera performance. We were later shushed as we tried to continue our tour when the same ladies broke into an encore. Sadly, unlike the tour we did not have all the time in the world and obviously the acoustics were excellent. 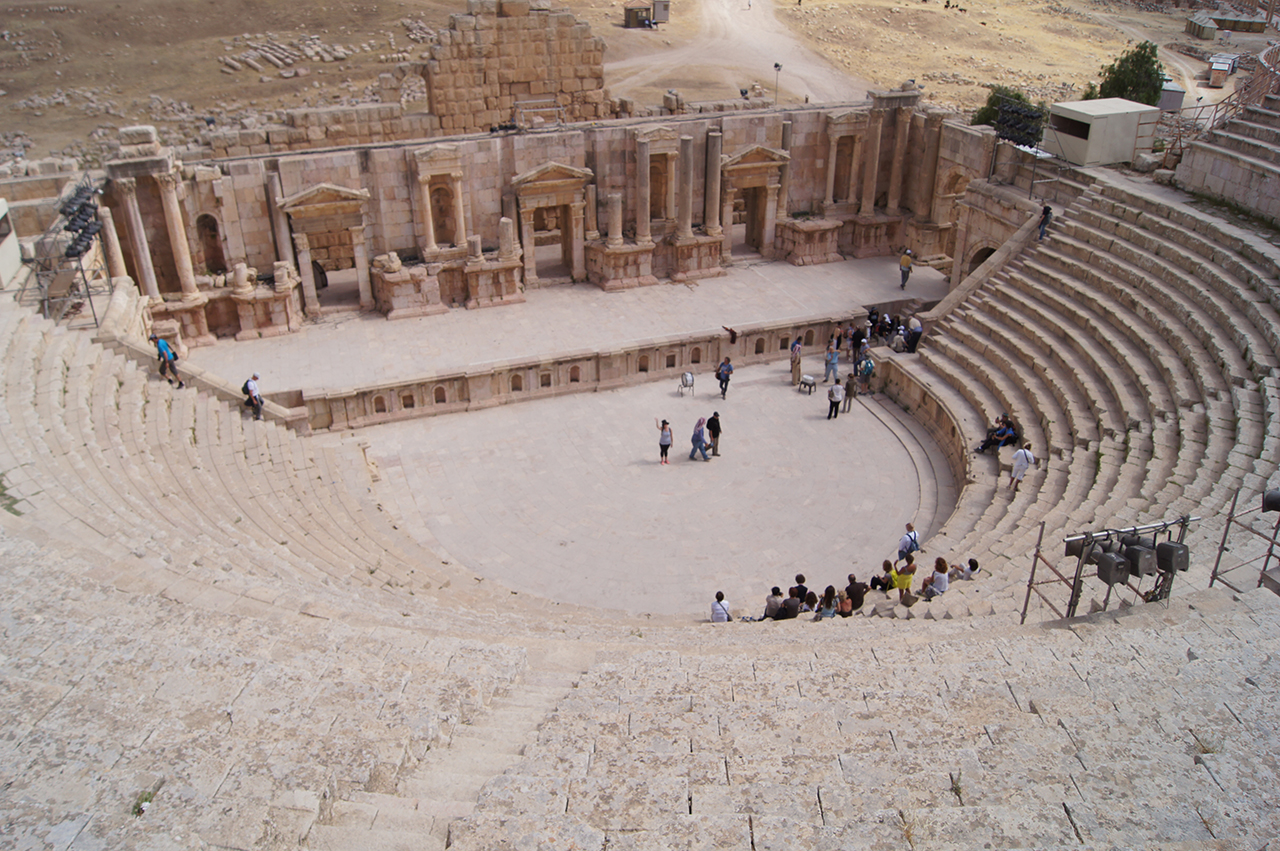 Back in Amman things were heating up so much that an afternoon was needed by the pool. Imagine my surprise when a dear old friend is sitting behind the empty lounge I was walking to. I hadn't placed two and two together, of course he would be here (just maybe not at the pool) and over the course of the next hour another couple of familiar faces from the Four Seasons Finance Family appeared. The weather was fluctuating between very hot and almost too cold to be sitting out by the pool so I used that as an excuse not to stroll around in my bikini in front of all the finance guys.

Later in the evening with a call from my friend I was back on the pool deck drinking with not only him but half the people I met in St Louis three weeks ago at the Conference and all the Europe and Middle Eastern IT guys. Midnight struck and everyone is singing Happy Birthday to me and Nuno (I share a birthday with the IT guy from Marrackech). But if that wasn't enough they went around the table and sang it again in all the languages they know including Arabic and Russian. Way cool. There was even cake! What a way to start my birthday (even though I have been celebrating for the last couple of days) amongst strangers and old friends, bosses and the fellow IT guys who are out in the field.

Birthday in the Holy Land

Rubbing Salt on the Wound