On the drive out of Petra I mentioned how cool it was to see random donkeys on the side of the street. Next corner three donkeys are coming towards the car, Al has to slow to a dead stop because one decided he wanted to come right up to the front of the car and stare us down. We won after a few seconds, but apparently I am no longer allowed to say anything is cool, because we'll find them around the next bend. I did try dragons and guess what? It didn't work.

So imagine if you will a little coffee shack in the middle of nowhere with this fabulous view overlooking the countryside all the way down to the Dead Sea, a couple of brits, their tour guide and us. Now imagine in this random place your birthday cake is placed in front you and a round of Happy Birthday is being sung, just as a small famil group from Abercrombie and Kent arrive. The cake is then gone, shared amongst all the strangers who stopped by to snapshot the view. I'm lost for words to tell you how awesome this experience was so I'll leave you with two photos, one of the view and one of the huge smile on my face (and the cake). 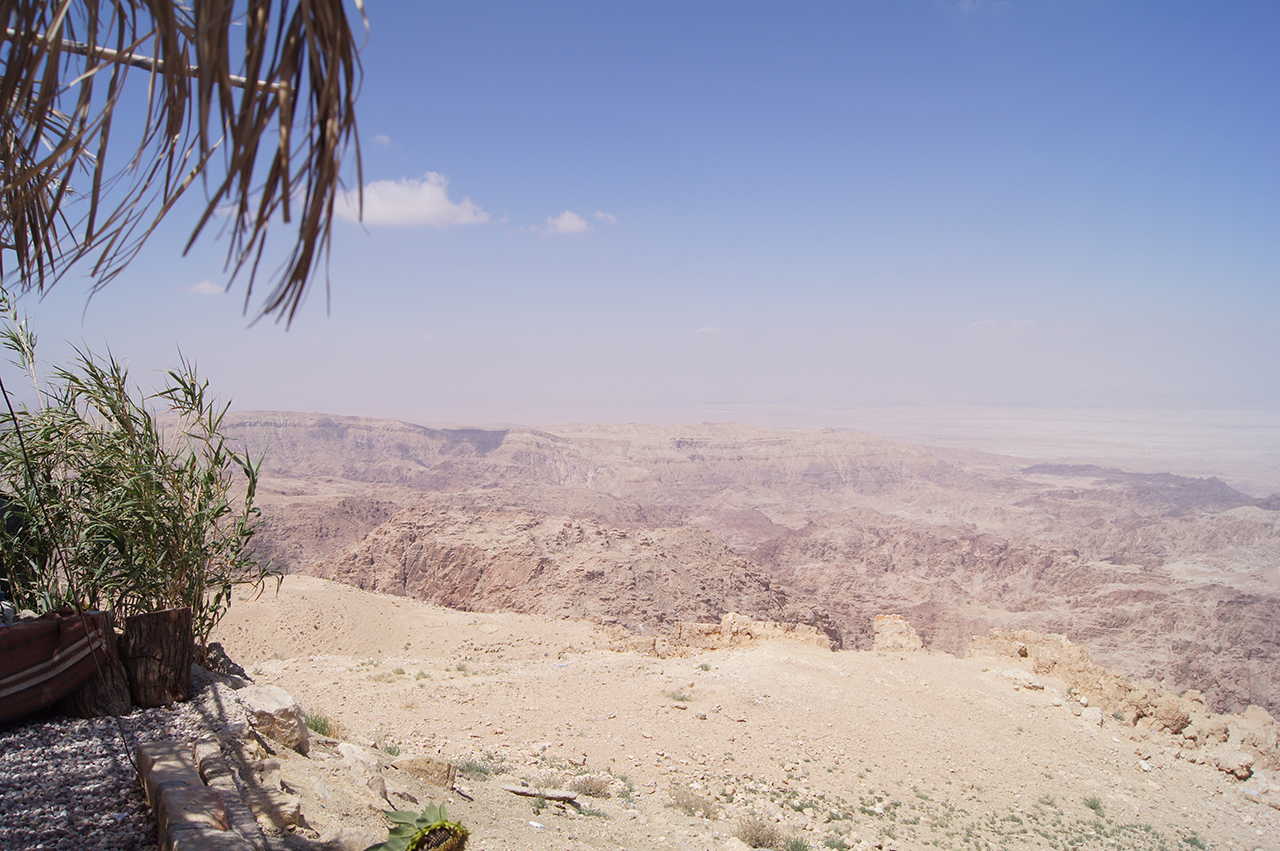 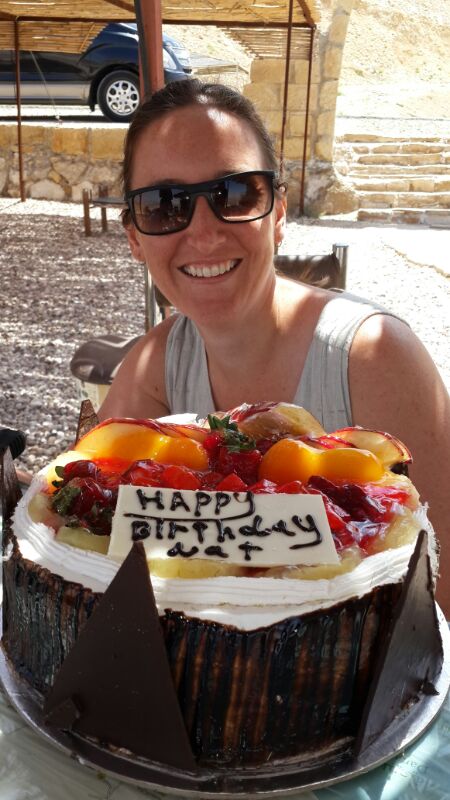 Now Jordan is a small country but it packs the scenery into a very small area. From the top of mountainess vistas like Mount Nebo (where Moses was said to have stood and looked out on the Promised Land) to below sea level in the space of an hour. Desert to scattered greenery to beaches and one very salty sea. 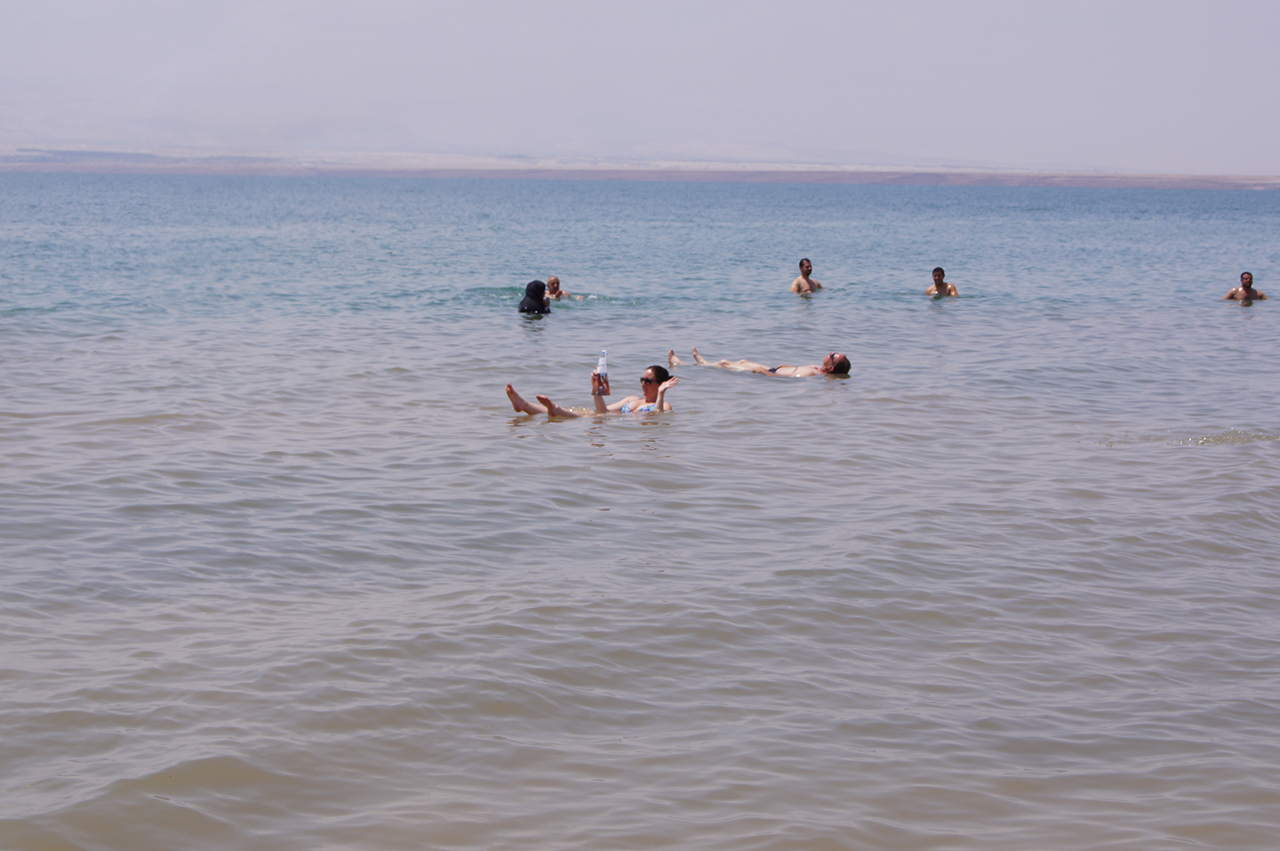 What an odd experience it was floating around so upright there was next to no chance my hair was going to get wet and every chance that one could easily read a book whilst floating in the water (see picture above). Then there was the moment in the water I realised in my haste I didn't put my rashy on. I scanned the water, I'm pretty sure I was the only one in a bikini. Oops. Missed that one. I also failed to remember my war wound from the previous day at Petra. Salty water on said wound = fire of the sun again.

Jordan in general is way more progressive than I had expected, but then again maybe I have been at all the touristy sites and spent a bit of time in the Hotel by the pool. It is a poor country, where roads are left broken and in desperate need of repair. They rely heavily on handouts from other countries. For example the highway linking Amman to the south, ending in Aqaba was a gift from Saddam Hussein. There was heavy flooding a month ago that washed away part of the road we were driving on down to the Dead Sea, no plans on when that will be repaired.

One has to open their eyes when driving through the Jordanian countryside to watch the poor and money co-mingle in such an odd way. From the Bedouin camps to their houses where they still live in a tent in the front yard. From the kids sent by their parents to Petra to make $400-$500 a day off soft-hearted tourists to young kids roaming the streets at night. It's just strange, but one thing is certain in Jordan, money talks everywhere and however you can (or the country can) get it, they will take it.

But enough of this sobering talk, if you ever find yourself lost in Jordan without a map then all you need to find is a city just outside of Amman called Madaba, and from there find the Church of St George. Inside on the floor you will find the remains of a sixth century mosaic map (supposedly the oldest map in the world) that depicts all of the Middle East to Turkey and the Mediterranean Sea. Much of the map was destroyed in a fire but a significant enough part remains of Jordan and Israel. 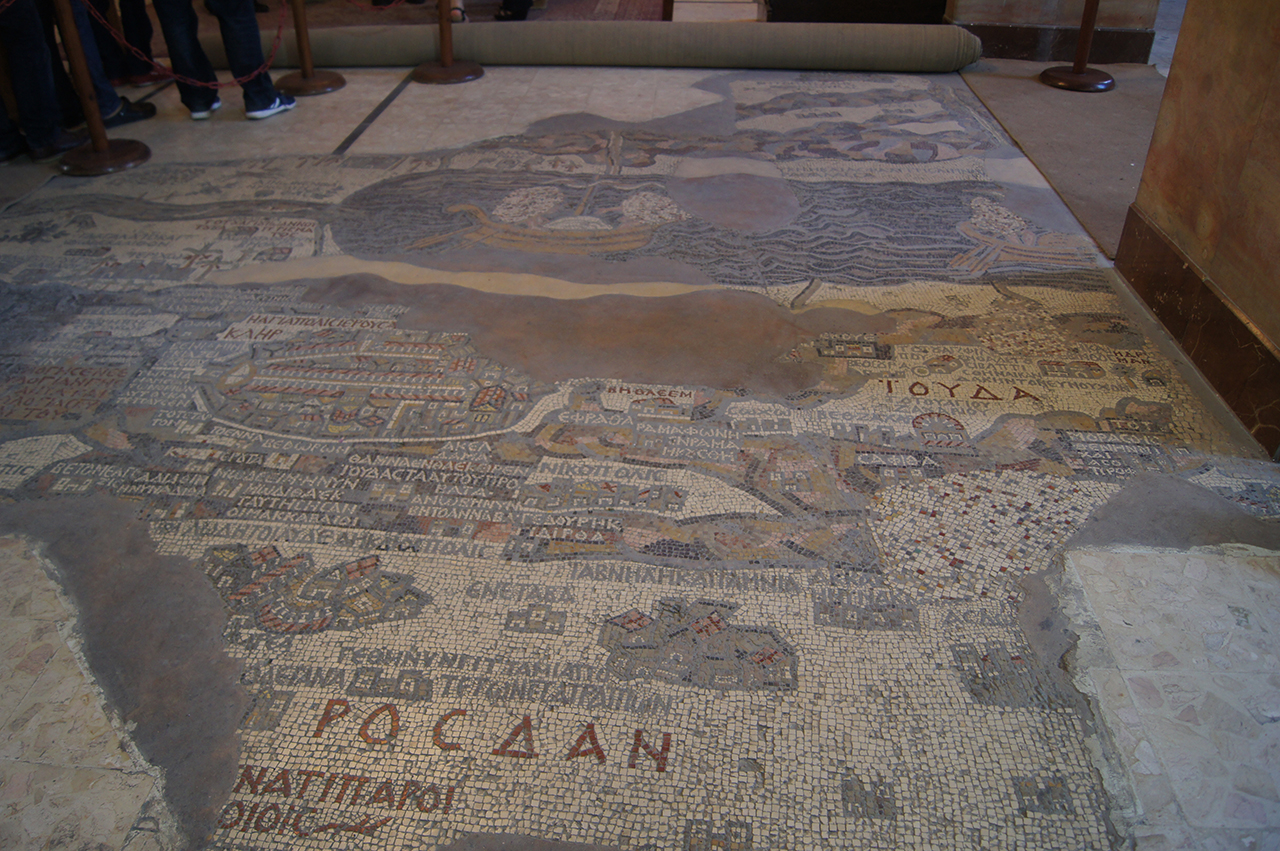 Blood, sweat and tears in Petra