This includes full makeup, red lipstick, a designer handbag and finally the most important accessory of all, an automatic machine gun. This was the site that greeted us at the Western Wall on the second day. 30 to 40 girls dressed in their khaki best, strutting across the plaza with their handbags and guns. Ok, ok, not all of them had guns but it was a sight to see, far more entertaining than a similar number of guys in khakis with their machine guns.

Watch out world, the lipstick wearing, machine gun ready chicks are poised to take over the world.

But in the meantime what was lost was finally found in a tiny little nook that was next to impossible to find. See for yourself, do you see an entrance to a church here? 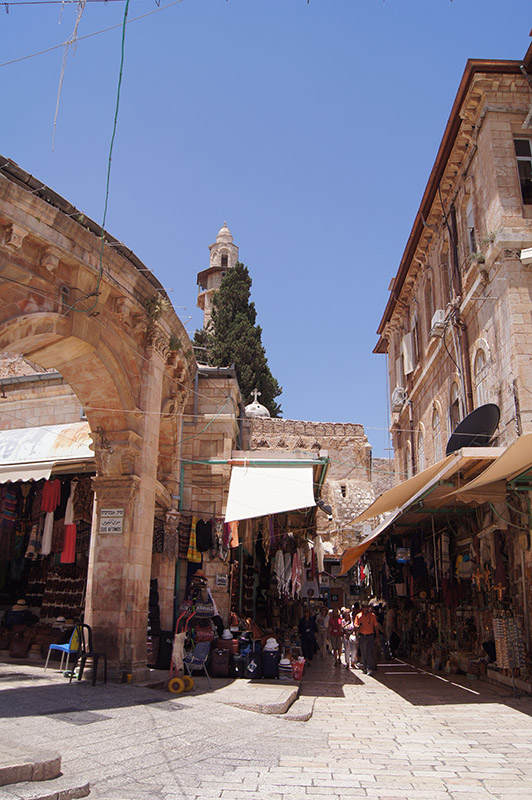 The Church of the Sepulchre, said to be built on the original site of Golgotha where Jesus was crucified. I’m not sure how accurate those people were that built the church but one has to appreciate its significance and its history regardless. Through the laneways you can follow the footsteps of Jesus dragging his cross to his crucifixion. You can even carry a cross yourself (well, with a group as we found out the following day). The church itself is filled with beautiful mosasics, stonework and an increasing number of pilgrims throughout the day. It is quite a site to see and special detail has been taken all throughout the church, especially the oculus above the Aedicule, where they believe Christ was buried, which gives the effect of 'holy light'. 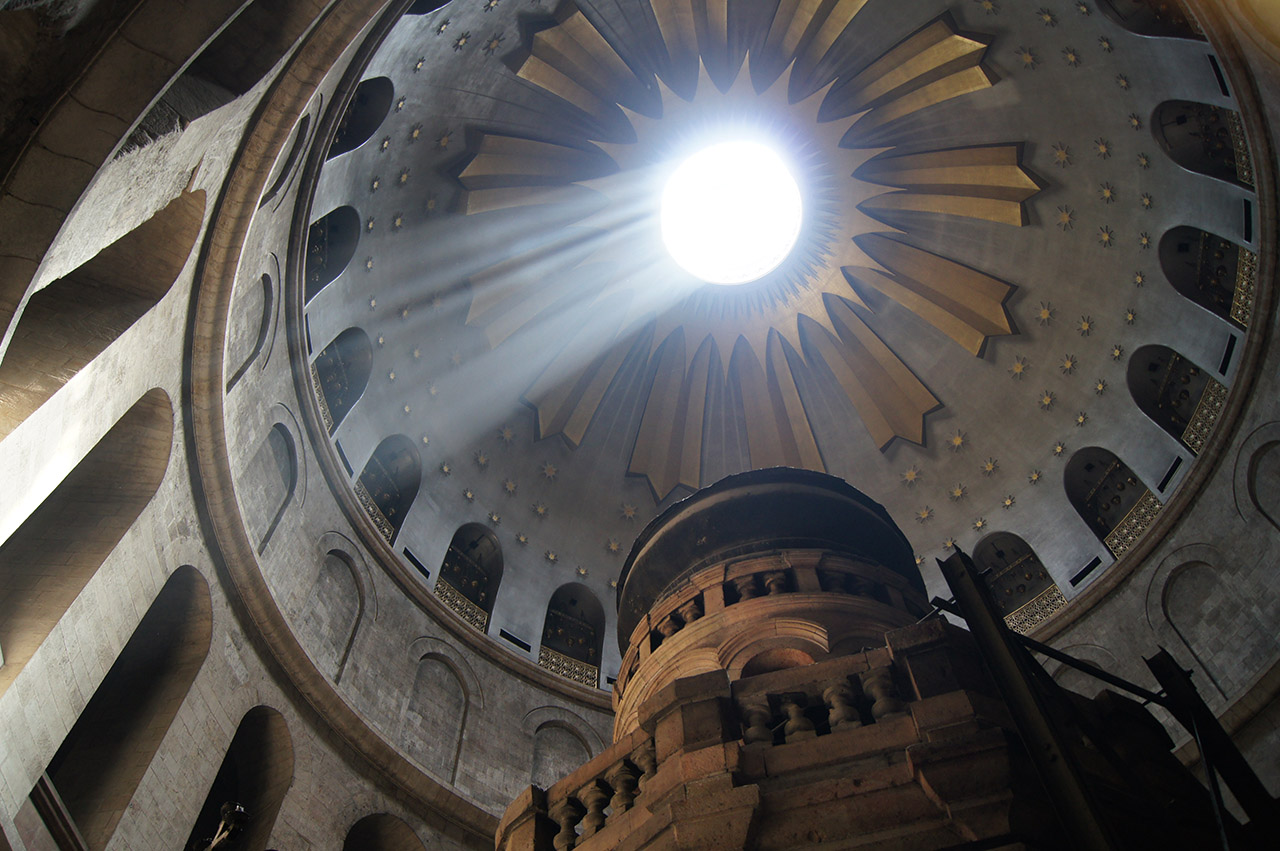 And now for my pet hate. We are standing in one of the most holiest places in the world, queuing to pray at the Sepulchre itself when out of the blue queue jumpers appear. The line was clear, but they saw a gap and 10-12 people jumped in front of us. I tried taking the passive aggressive stance of moving to block them after a few elderly women snuck through but it did little good. I was gobsmacked. Here we are queueing to pray and there are queue jumpers! Do you think they moved when they were told they jumped the queue? No! I hope karma will come and bite them all sooner or later.

We waited close to an hour patiently in that queue only to have the priest hurry us on when we finally made it. They need a sign... 'Speed prayers necessary, you have 20 seconds'. Maybe we weren’t Roman Catholic enough for the priest’s liking.

When we escaped the queue and no lightning had struck us or those queue jumpers we found ourselves outside the old city walls at Yad Vashem, also known as the Holocast Museum. The only two things making me want to go faster through this museum was the large tour groups behind us and the fact we had to collect our bags from coat check at five. At the beginning I personally thought 5pm as a target was easy. I was very mistaken. It is a captivating and slightly harrowing experience. A beautifully designed museum that takes you in and doesn’t let you go until hours later when you walk out into the light and the city of Jerusalem is below you. 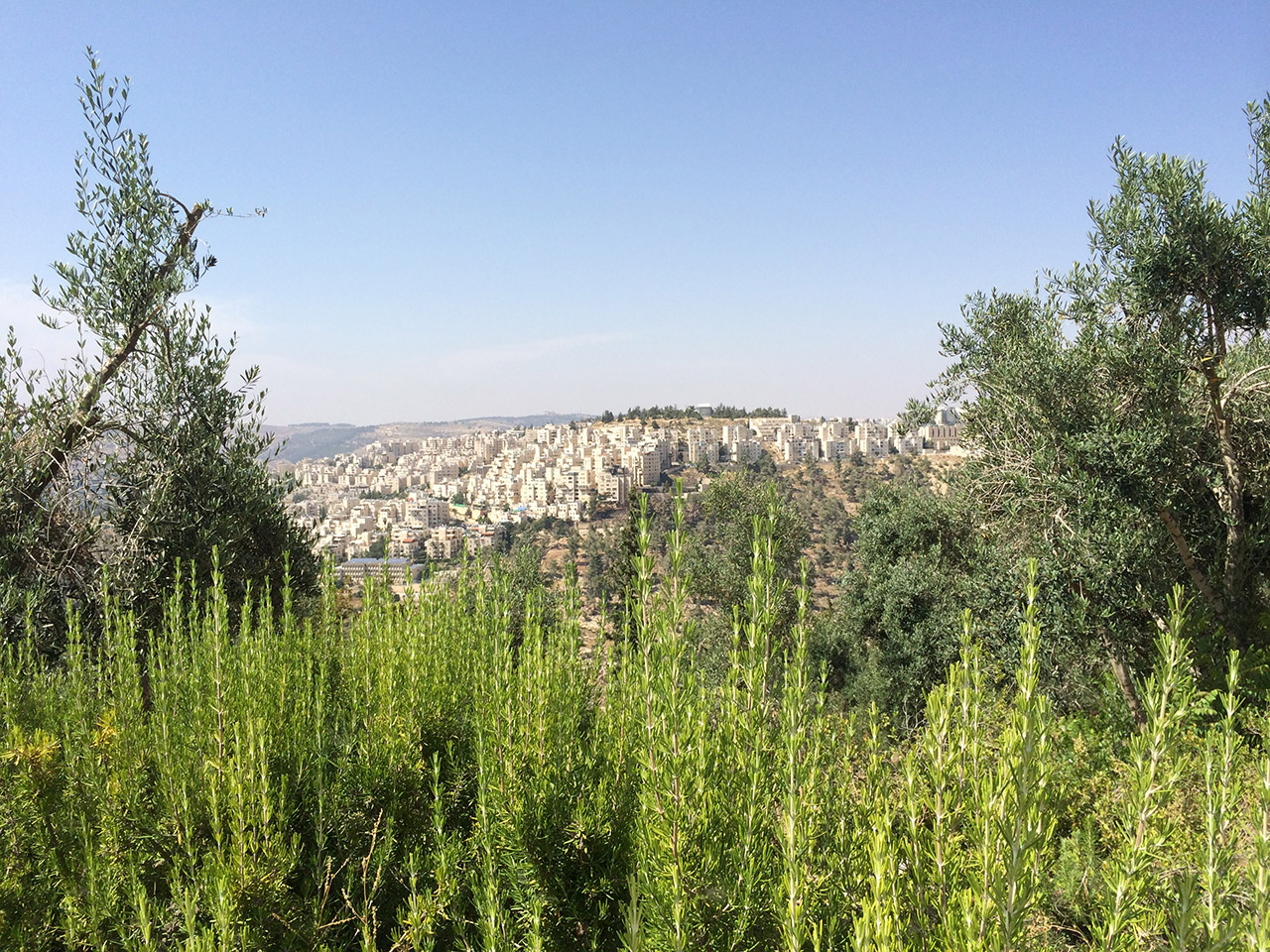 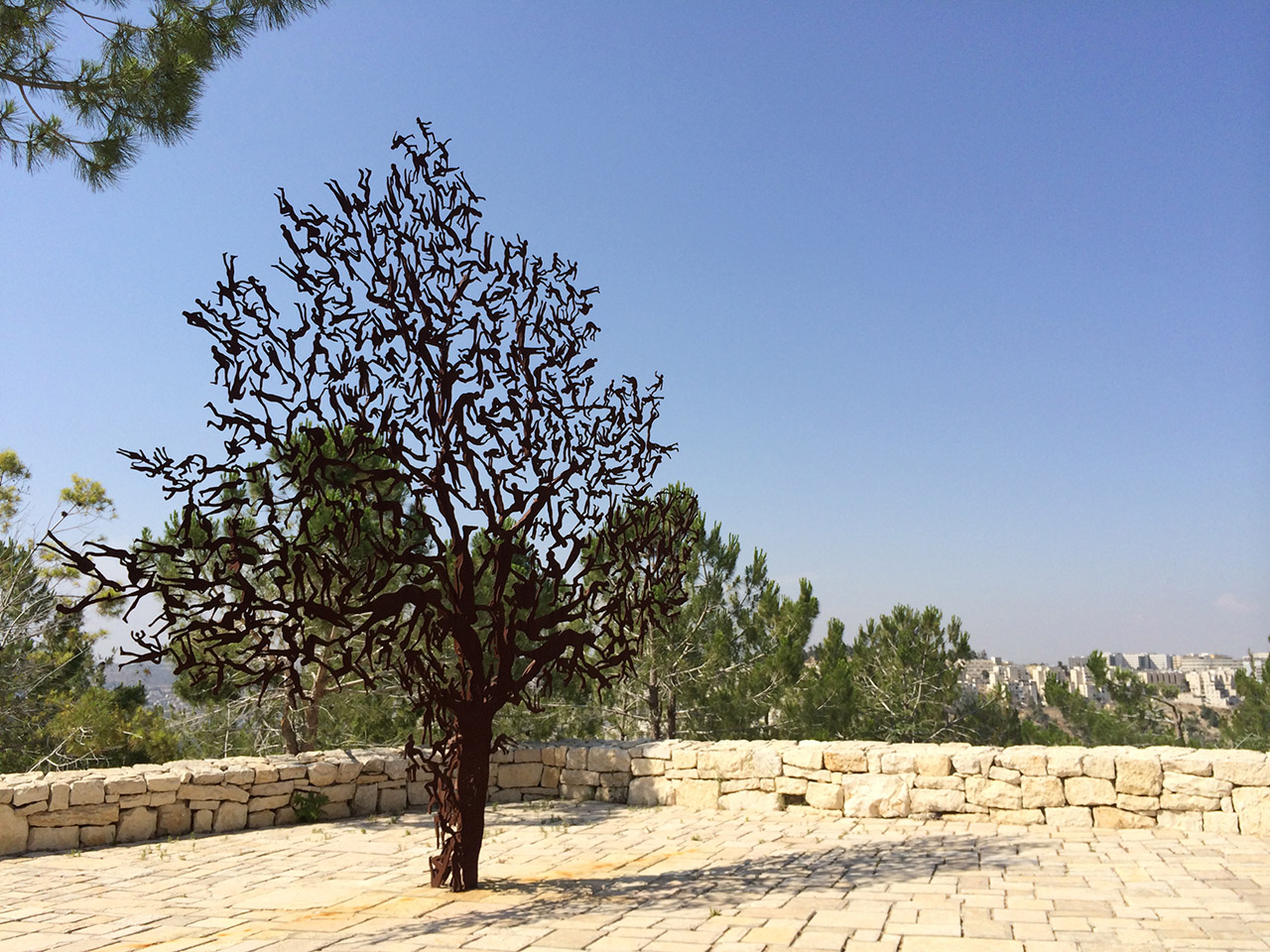 On the Holocast and the Museum

On a happier note...

It must have been Bar-Mitzvah time when we were down at the Western Wall plaza. One after the another, three processions came by us to enter the Western Wall. Drums, music, huge families carrying their youngest man to the wall. It was a site to see. Each seemed to have specially made t-shirts and hats, one group all had white umbrellas to protect from the sun. I didn't get nearly as many pics as I wanted but I did manage this... 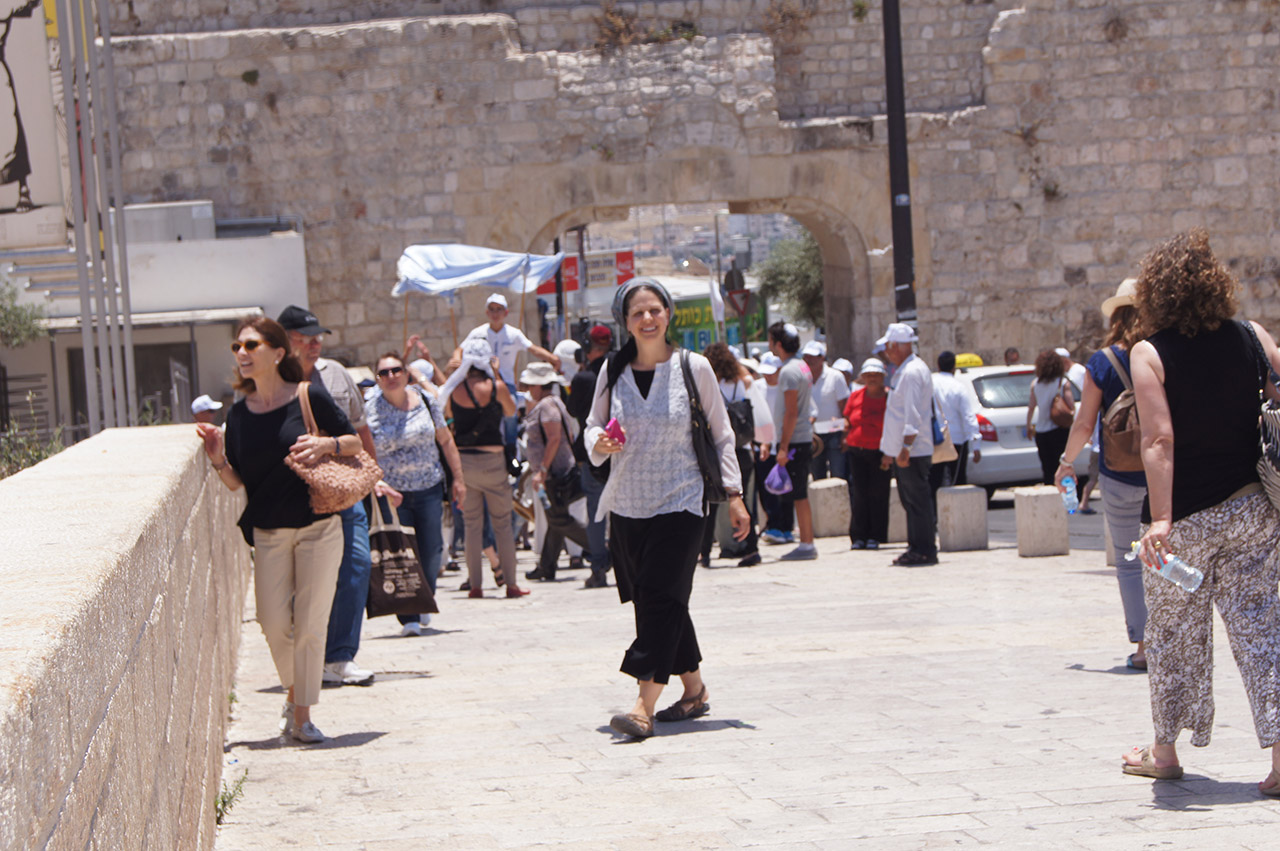 A Dome and Some Scrolls

Birthday in the Holy Land