We queued for the ferry even though we had tickets, we stood in the wrong queue for the cable car only to find a few minutes later that tickets were purchased somewhere else, so we stood in a queue there, then back into the queue for the cable car. Capri is a magnet for all tourists in a 50km radius and it felt like every single one of them was on the island with us today.

We finally reached the town of Capri after an hour of queuing down at the marina. Took a wrong turn and ended up on this quiet little local street (and by street I mean laneway) and every now and there would be a break in the houses, enough for you see the view… which was very impressive. See evidence here… 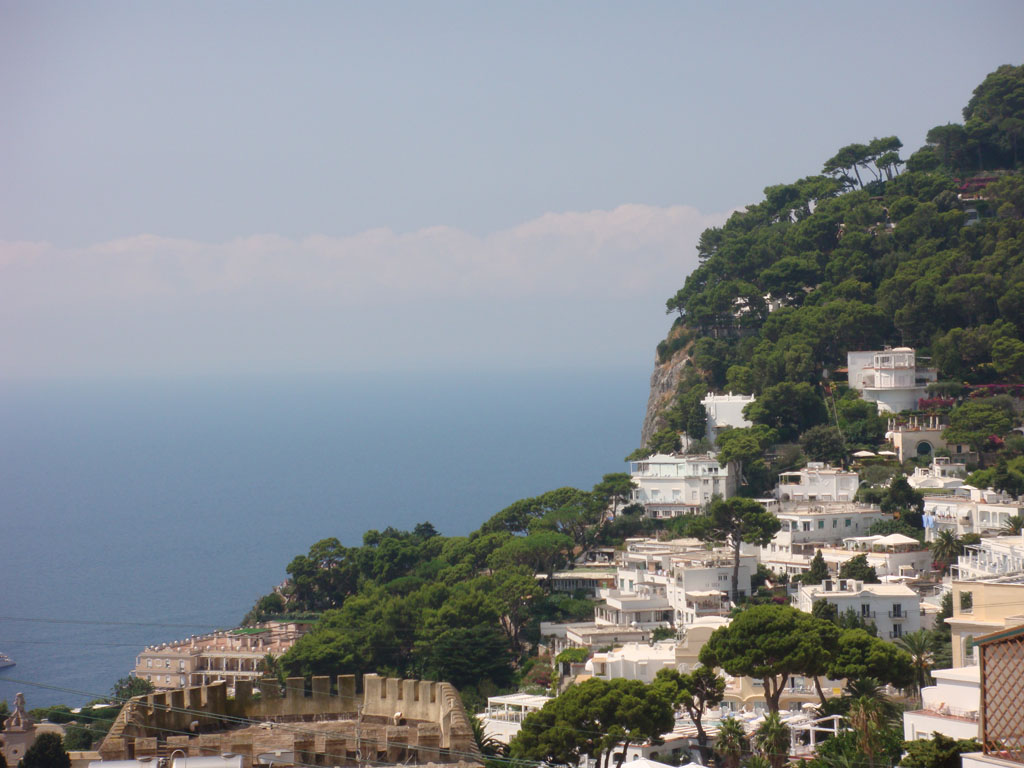 After returning to the thousands of tourists in the piazza we quickly took a sardine packed bus to the other town on the island, Anacapri. Anacapri is quite a deal higher than Capri on the mountain side, so imagine sheer cliffs, a bus driver with a lead foot, u-turns and winding streets up the mountain side. The bus would lean, the railing would all but disappear from sight and all I could think was that if we toppled I would fall straight out of the open window in front of me. It was a relief to see straight road again.

Anacapri was much quieter than its sister town. We wandered, trying to find the view through the houses again but found none. Dotted in the shops were places that you could watch a shoemaker put together a sandal for you in the colour and detailing of your choice. However tempting this was Mum and I we decided to leave it, at least for the time being. We found a single-chair-lift up the side of the mountain to one of the highest points on Capri. Mum was a no-go due to the height, but Dad was up for it and so we left Mum down the bottom whilst we headed to the top, along the way Dad saw a lost red shoe, I saw a woman mannequin acting as a scarecrow. The view from the top was definitely worth the separation from Mum. 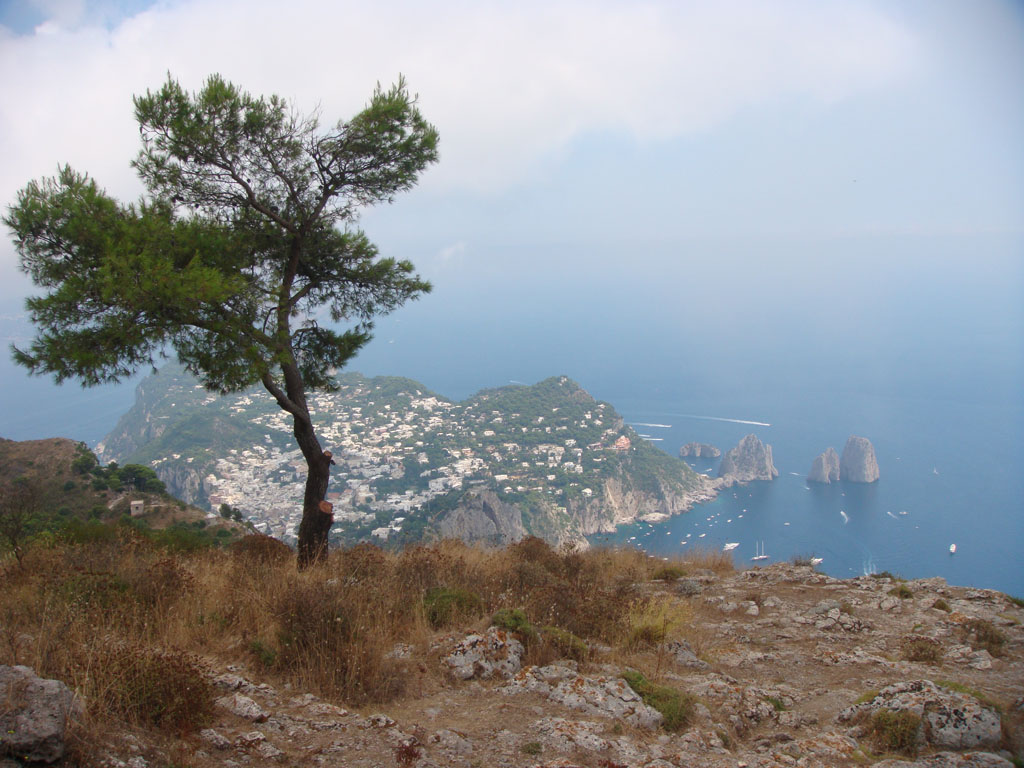 Back down to Anacapri and the first thing I say to Mum was:

"The bus ride was scarier than that."

Another bus ride later (this time not as hairy since we were on the inside of the road hugging the wall this time around) we found ourselves back in Capri. There was almost a purchase of a really nice vase but with four weeks still to travel that seemed a little impractical. Oh and apparently dogs are ferrari fans too. I wasn’t quick enough to catch it on film but the little dog was wearing a ferrari hat (funny and cute).

To ensure that we made it back down to the ferry we left Capri by cable car pretty early, giving us too much time down with the crappier tourists shops at the Marina Grande, walked a bit but then found a step in the still blaring hot sun and waited for the other thousand people to arrive, which they did, in droves. By that stage we were around at the ferry and found some shade, but shade was a premium and EVERYONE wanted it… Canned sardines yet again.

I am therefore left with mixed feelings about Capri. It was pretty, in parts, when you weren’t rubbing butts with people in a queue or on the bus. Without the tourists Capri would be nothing, but I would like to see it some other time where the quaint little streets remained quaint.

An uneventful evening with a Pina Colada at the Bar, yummy cheese ravioli and writing this.

The Road to Positano