We got out of the car at the Hotel and were almost blown away by the gusty wind that was out and about. I was there holding my new Burberry scarf thinking, ‘Get this thing around your neck and don’t let it go.’ It was a bit of an entrance =)

Now let’s get to the Hotel because up until we arrived I thought this was going to be a very short blog. The W Hotel is situated on the waterfront, like right on the waterfront between the harbour and the beach and when you walk inside you are greeted by a six level atrium with changing coloured lights in a column running up the wall opposite the doors. We were upgraded to a room with a view (standard room but looking out onto the beach instead of the harbour. But the view wasn’t all this place had going for it. We walk in and the first thing you notice is there is no door leading to the bathroom, the sink is quite literally in the bedroom, the frosted glass behind has two doors, one for what I will call the wet room because I can’t classify it as a shower and the other to about the most normal thing her beside the closest, the toilet. The room itself is swanky and cool in every way possible. The lounge runs along the window with a small table in the middle, silver tray, two martini glasses, shaker and spirits just lined up inviting you to have a drink (at a price of course and that is displayed around the neck’s of the bottles). There are plastic tubes of fairy lights running underneath the bed and now for the most pointless and awesome thing here. A light column, but wait for it… with this…. 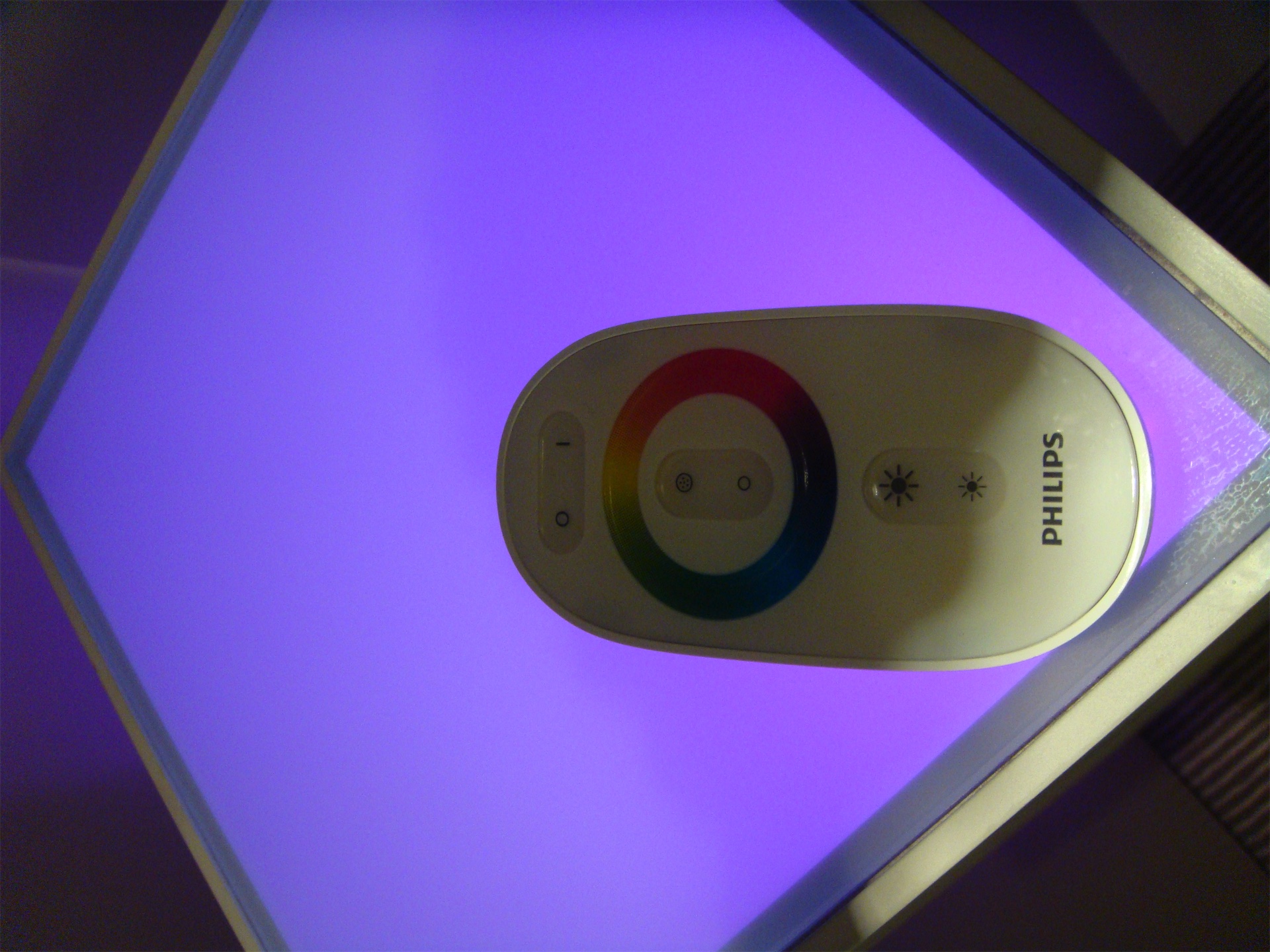 You can change the colour of the light with a remote! How AWESOME! This room was entirely cool from the light switch actually inscribed with ‘WOW’ (it turns on the illuminating lights above the bed head and under the beds), the safe with a power point INSIDE so you can charge your laptop whilst out of the room, the tivoli clock radio sitting next to my bed, the designer coffee table books, the spare toilet roll package thusly… 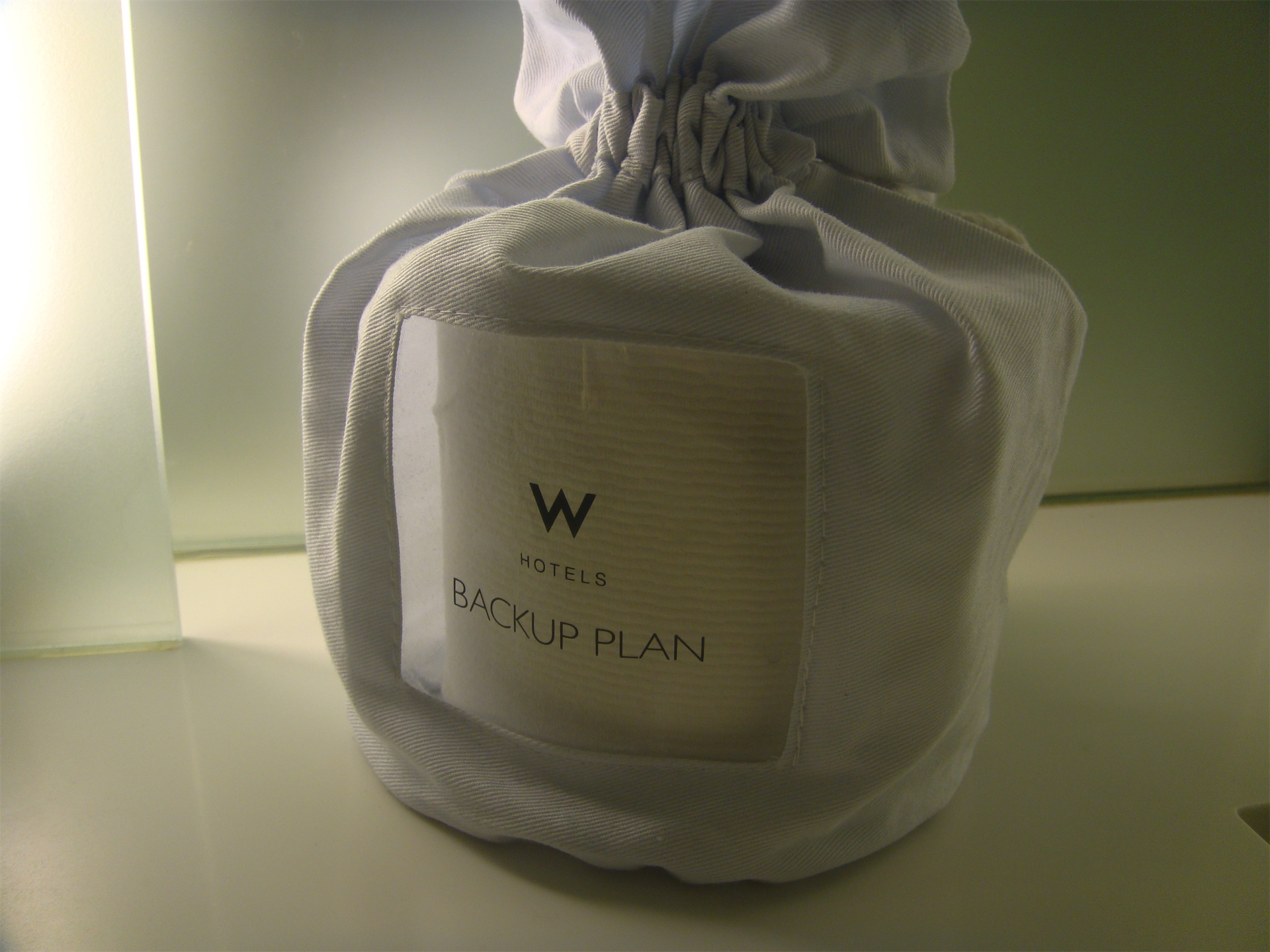 Here are some other pictures for reference... 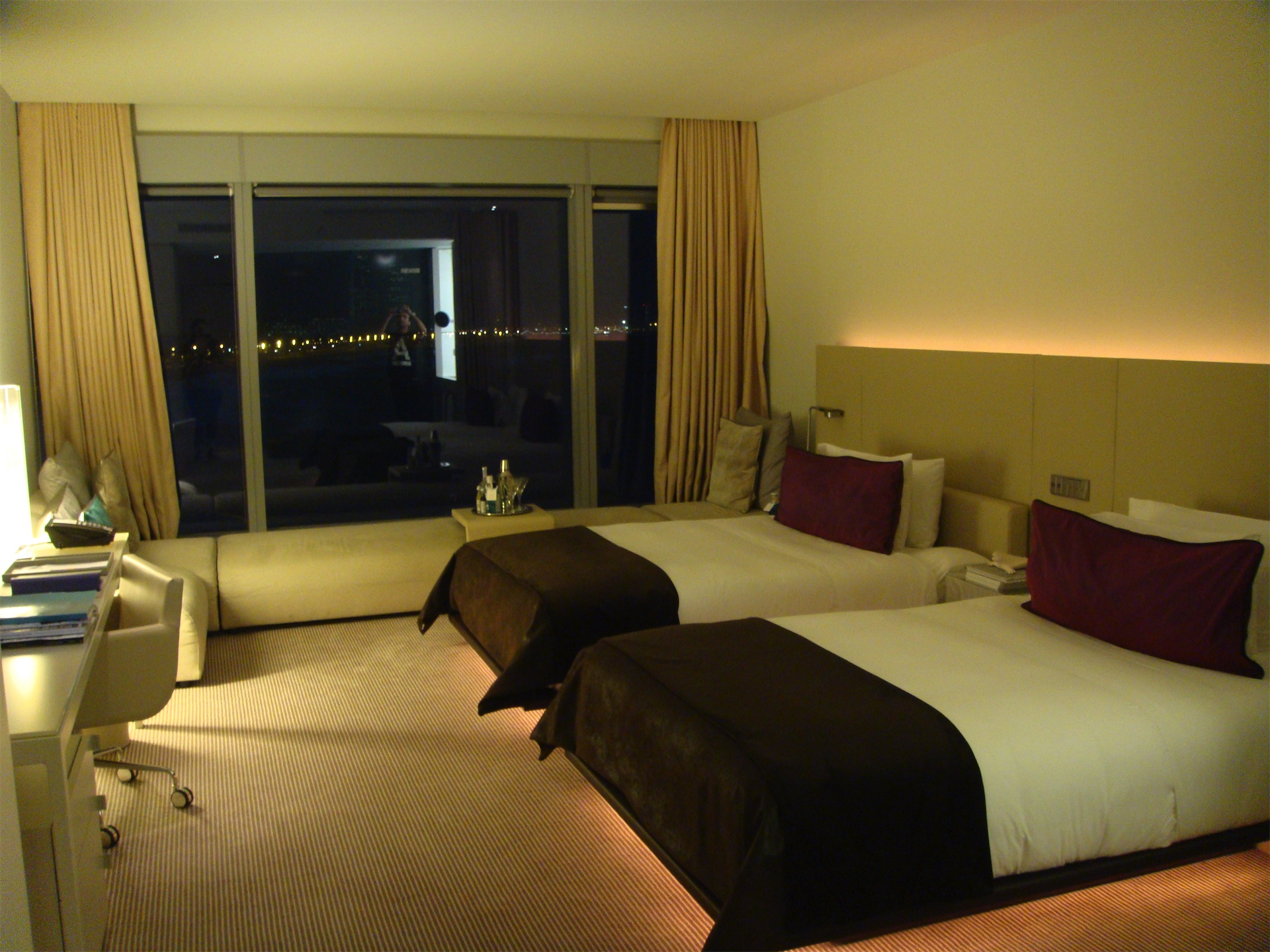 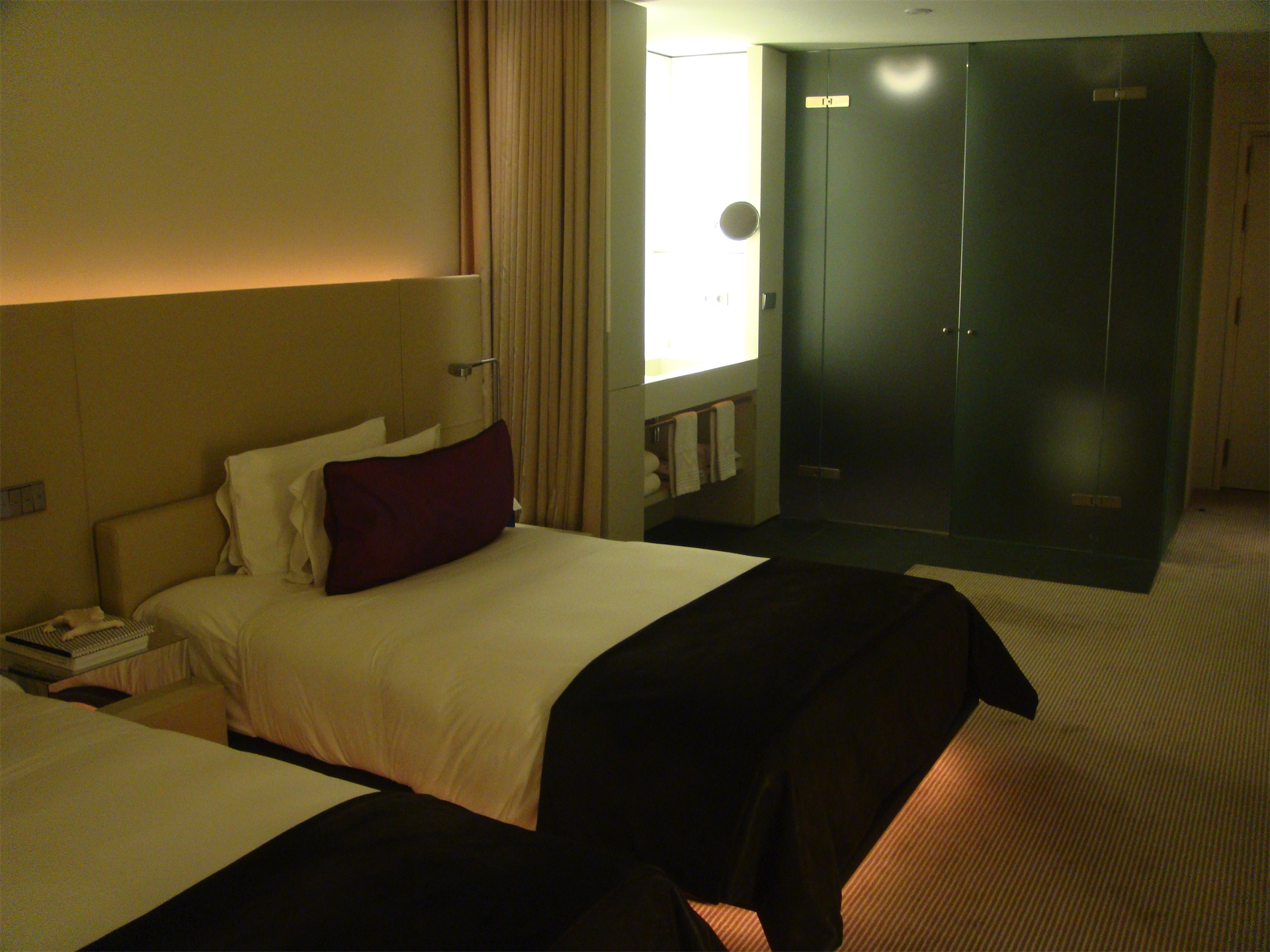 Everything has a swanky name, so much so that in the directory for the Hotel there is actually a page on terminology. Talent is staff, sweat is gym, wet is either pool or bar (I’ve forgotten which). It can be a wee little confusing especially when all you really want to do is find out where to eat, but this Hotel MUST be the flavour of the month because where we wanted to eat (a) wasn’t even open yet (it opens at 8pm) and (b) was completely booked for the evening. We managed to get a booking on Saturday night though YAY!

Side Note: The soap in the room looks like a green block of lego.

We ate in their casual restaurant that is attached to the Bar area. The people watching was facinating. A young couple facebooking away on their laptop, an arab family sitting down for dinner, americans eating their net worth in food, a young model like girl ordering her meal of sushi, an older asian man with his beautiful asian wife, the family that walked through the bar in their bathrobes to go out to the pool deck only to strip down to their swimmers, rerobe and run back inside within 5mins. Facinating! There were the young and hip, old and not so hip, the children sitting in the bar whilst their parents have a drink. And it was only getting busier as the night progressed.

The bread came with a beautiful Aioli that was so good that when the waitress asked if we would like more bread at the end of our mains I said yes. There was also a tomato dip and olive oil with sea salt, both nice but the stand out was the Aioli. For main I had the Chicken Breast with Spring Vegs, and I ate everything on my plate (except most of that sweet jam like sauce on the side of my plate).

Now with a room like we had we feel it shouldn’t go to waste (hell, I could spend the four days/nights in this room and be VERY happy but we thought for at least tonight we would eat dessert in the room. They have Ben and Jerry’s on the Room Service menu. COOKIE DOUGH ICE CREAM DELIVERED TO YOUR ROOM FOR FIVE EURO. I don’t think once will be enough. Anyhow I should really stop raving now. Let’s hope the city is as good as the Room/Hotel =)