There's a certain order that can be found in the sea of tourists, the willingness to queue quite orderly for an attraction or even an attraction within an attraction. At the Topkapi Palace today there was a queue that flowed around most rooms to view the artifacts, it was sometimes painful but the lack of anyone else stepping out and jumping from artifact to artifact kept the masses in order.

This order does not apply when on the roads in Turkey. It is every man for himself, if there is a gap you take it and as soon as the road is clear in front of you the speed limit no longer applies. Cars are tested not only on how fast they can reach 100km/hr, but also how fast they can break from 100km/hr. Ok, I may be exaggerating the speed but you feel 80km/hr when the speed limit clearly says 30. No wonder you see so many rear end accidents on the roads (only making the traffic worse). There was a particularly funny one today with what would have had to have been two cars full of guests to the same wedding. The 8 or so people were very animated in the middle of the road. And so the title for today's blog... Roads are dysfunctional chaos at peak time, a 25 minutes taxi ride in the non-peak hour morning turned into an hour in peak hour with much of the time stuck in traffic going in the wrong direction. Everyone warns you of the traffic but it is a quintessential experience of Istanbul and we experienced enough today.

But enough about the traffic because not all of the day was spent in it. Let's go to the old town and see as many sites as possible in a day.

First stop, Hagia Sophia, the museum that was a church, later turned mosque who's current structure was built way back in 532 and opened in 537. Ah the history you have seen Hagia Sophia. I will forgive thee for the massive scaffolding structure upon one side of your nave. 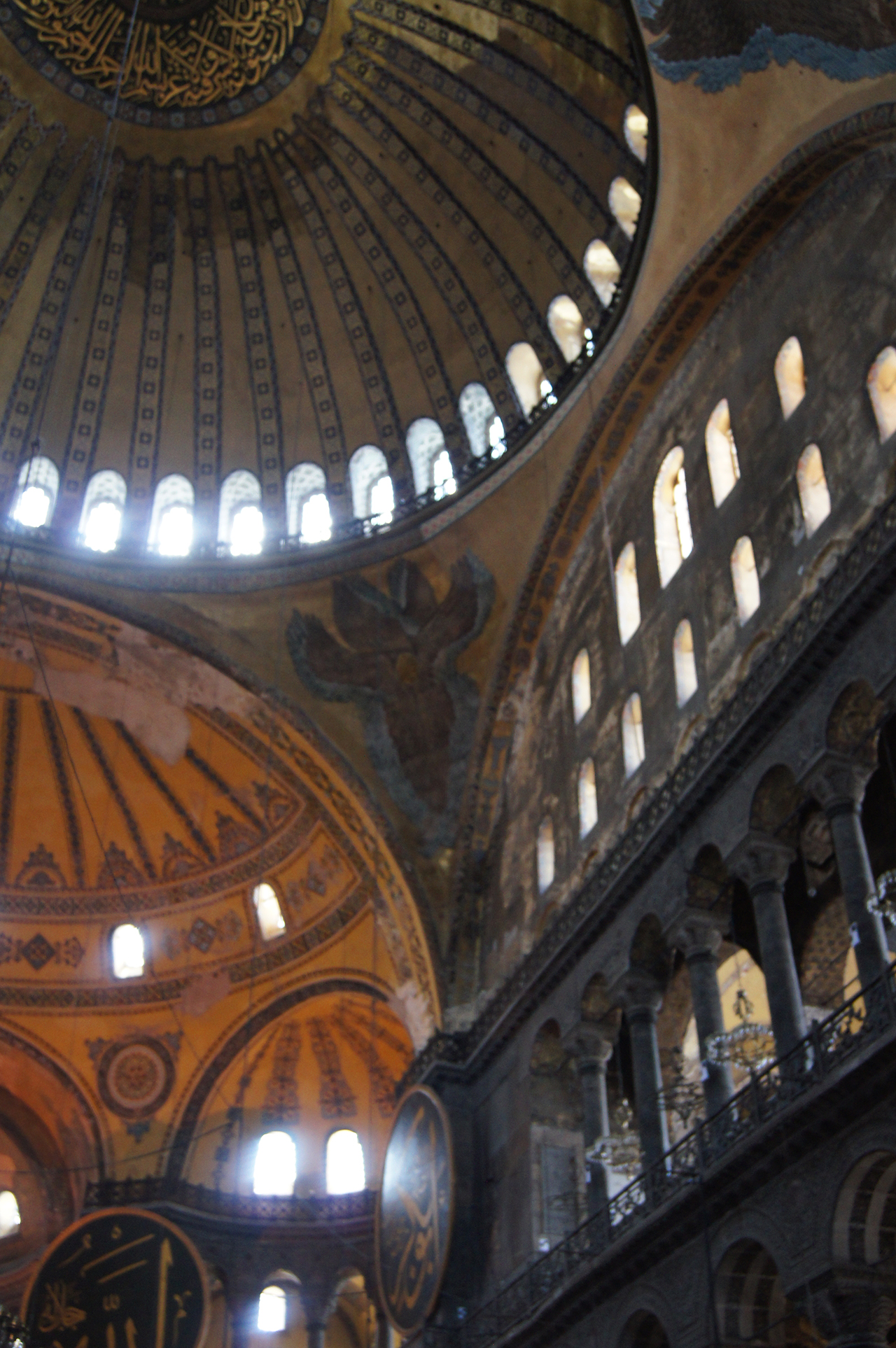 Onwards to Topkapi Palace and the better part of an hour's wait for a magical ticket (the ticket was only magical because it allowed us entry). Self professed tour guides walking up and down the queue trying to sell their services complete with a no queue sweetener. We stuck with the queue. The largest palace in Istanbul it was the home of many an Ottoman Sultan, the impressive residences looked out onto the Bosphorus and the Europe and Asia side of Istanbul. The view was almost as impressive as the rooms covered in ceramic tiles. 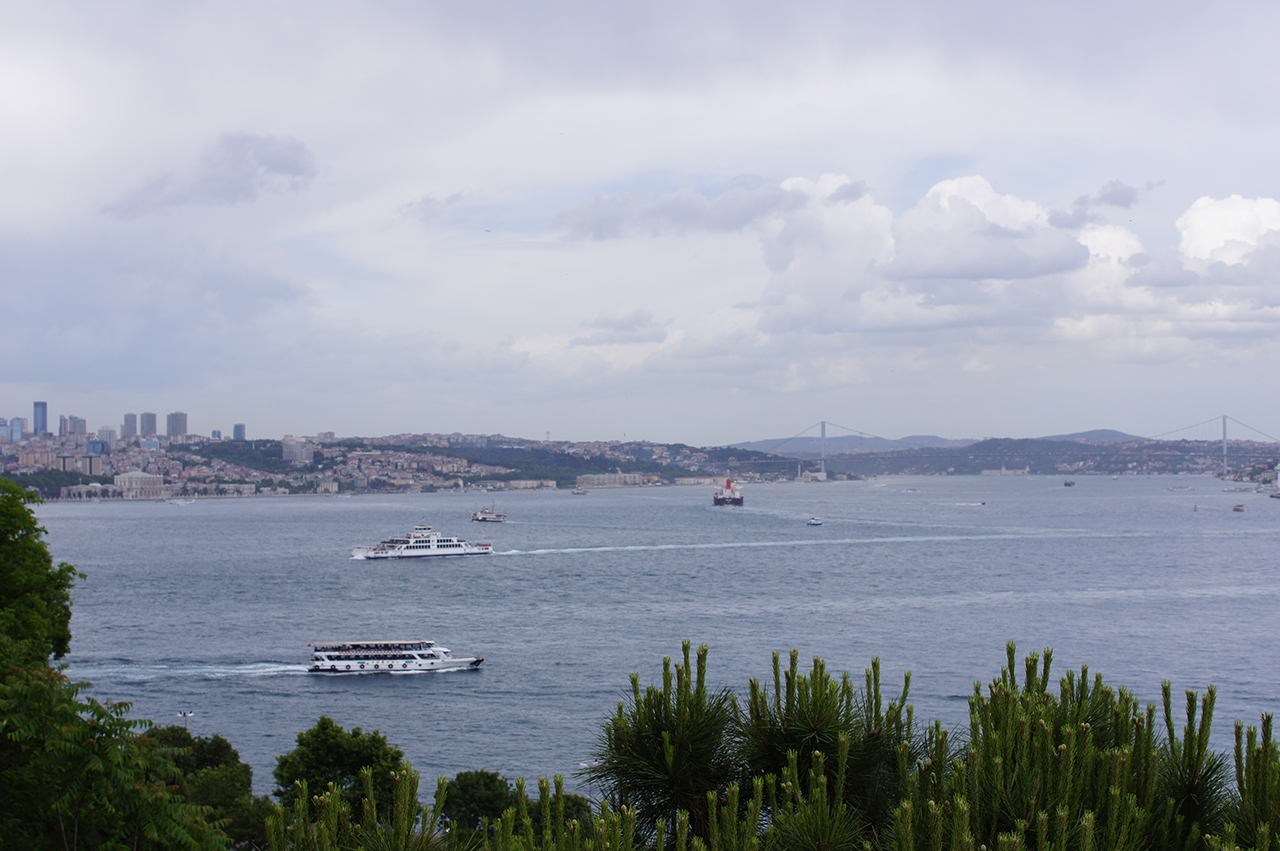 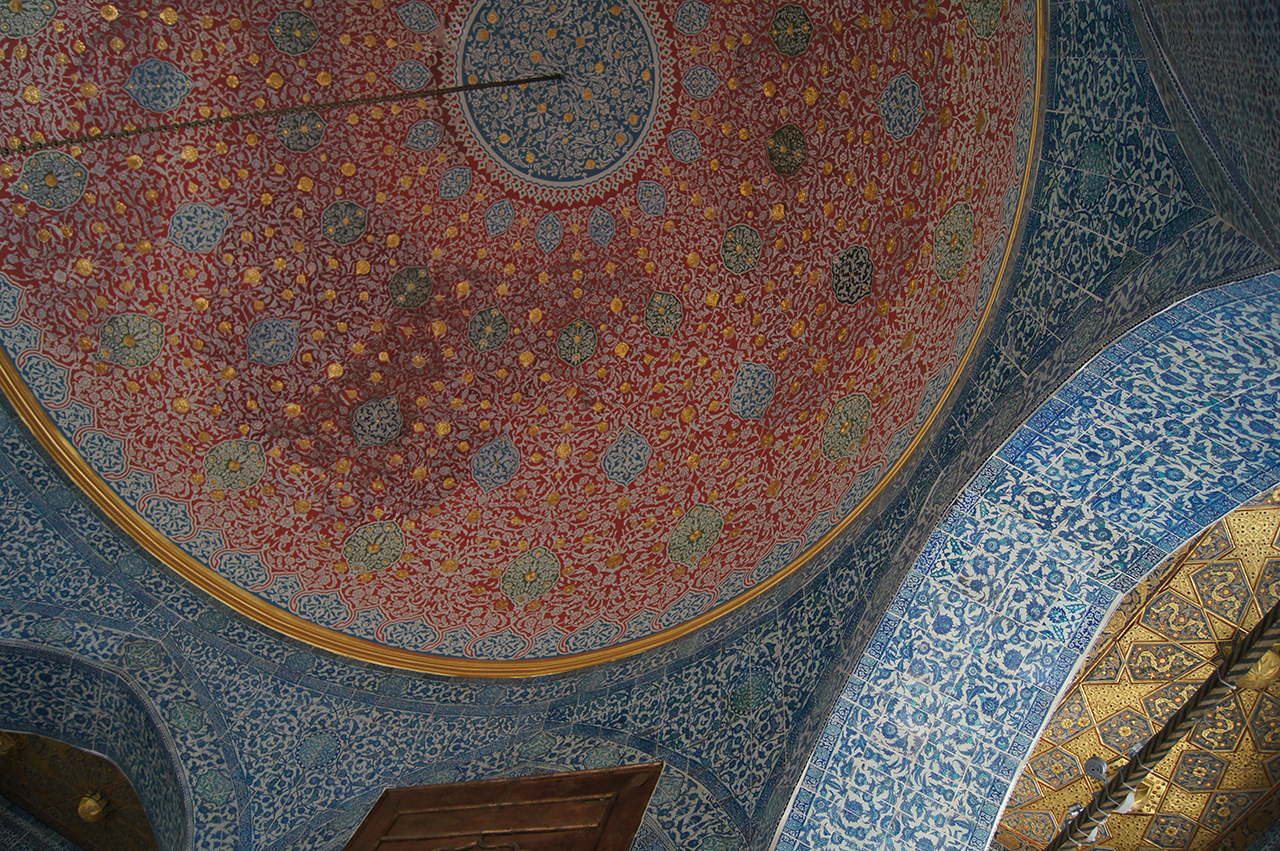 Back to the Blue Mosque and another epic queue we find ourselves in. Eventually Mum and I understand the reason why... Cruise ships. According to our guide yesterday two docked this morning and thus decends thousands of people to the major sites. The thunder began to sound in the distance, spots of rain started falling and Mum was the only one of us prepared for such an event. We didn't think we would get inside before closing for prayer (or a downpour), in fact when all the people started moving in front of us we thought they had cut the line off. But it was a second entrance to the mosque around the corner and we made it inside once again, only this time was shoulder to shoulder with the mass of tourists. Once outside, rain and 100 peddlers appear with clear umbrellas like a magic trick.

Our last touristy stop for the day found us in a short queue to go underground. A stray cat slithers his way through the queue, quickly gaining attention. Lifting onto his hind legs in front of the tourists. Now this cat knows what he needs to do, he's been watching those 'tour guides' and peddlers.

Down into the Basilica Cistern underneath the Hagia Sophia and the huge structure once used to hold water. It is massive and damp, fresh water fish still swim in the little water that remains. I had pictured it differently after reading Dan Brown's Inferno however the structure is no less impressive in real life. 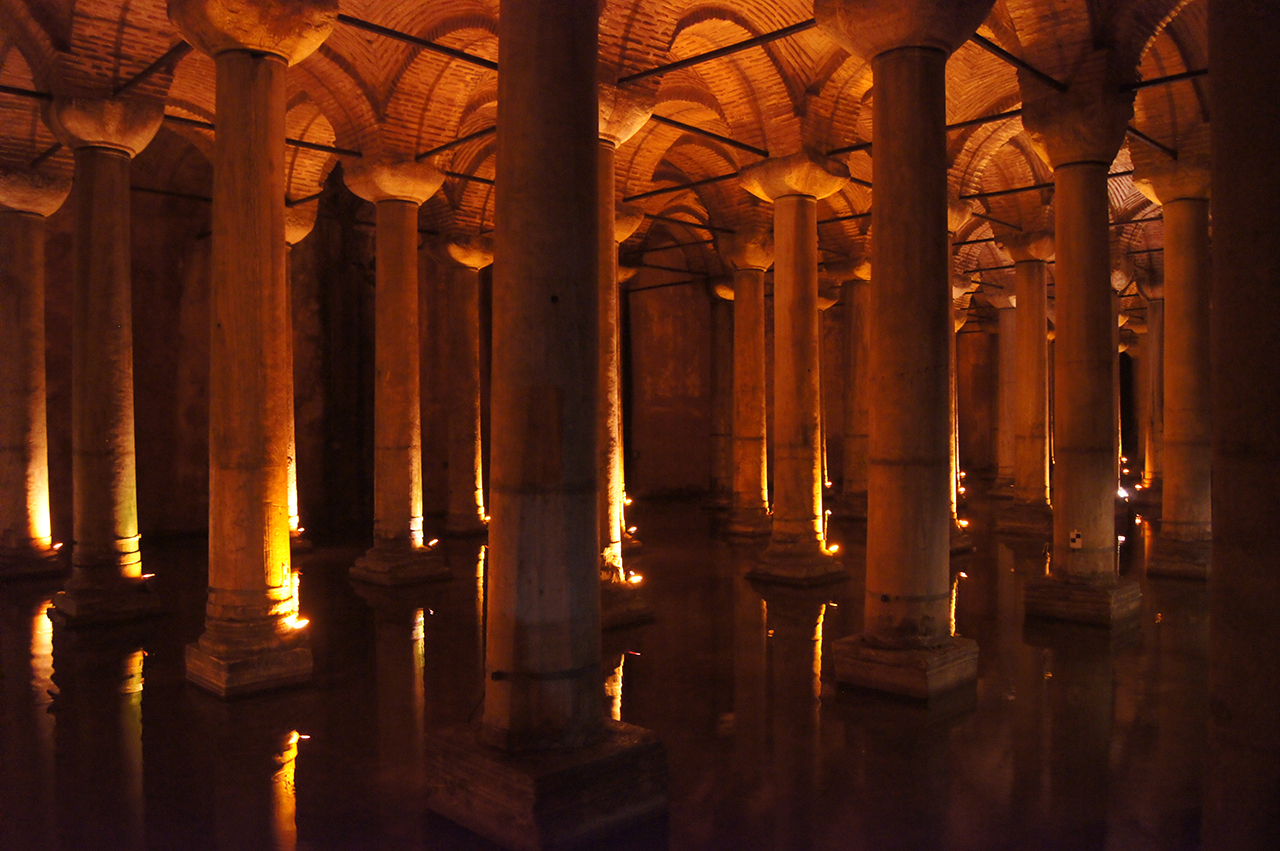 It was silly of us all to let Mum loose in four floors of Ceramics so close to the end of the day but that is exactly what we did. I admit some time was spent looking for me, but from entrance and exit of the store was about an hour, which included a lot of chit chat with one of the staff members, an ex-Four Seasons Concierge from Sultanahmet. Prices may not have been negotiable but a friends and family discount? Yes, thank you!

Dinner echoed the chaos of the day and the traffic on the streets. Firstly our taksi (taxi) driver could not beat my fast talents with google maps to find the location of the restaurant. Secondly, this restaurant turns tables faster than I have ever seen, we were walking to the table and although it was set they were still clearing the glasses from the last patrons. Insert a mass of Kabab meats in here (so delicious), a bottle of wine and some hilarious conversation around I's and our's and the table from Positano. Eventually the exhaustion fell upon the table and the crazy day of bouncing between sites and traffic ended.

Bizarre Bazaar was the title I had always suspected I would use when I finally reached the Grand Bazaar however there was very little Bizarre and a bit more of the ordinary.…

A wooden horse stands at the entrance to an archaeological dig site, the replica, significantly smaller than the one you may be familiar with is a mark of this once thriving city. I am of course talking of Troy.…