After Breakfast and some last minute photo taking around the Hotel I lugged my now very heavy bag downstairs to the taxi rank. There was no point in waiting for Bell to come up and collect (and then have to tip them) many people were bring their bags downstairs themselves and walking through the casino with them.

We picked up the car and Trent dropped me off at the Venetian for some last minute photo taking and what turned out to be some last minute gambling as well. I had one hour to burn whilst Trent went to find water at a supermarket. I took all the photos I needed within five minutes and then I decided to walk around the Grand Canal and the Palazzo Shoppes for a while. I was soon over that so planted myself at a Roulette table for a few games. That didn’t last now with the numbers I was playing. 00,0 and 30 came up, numbers that I never bet, so I go the point and called it quits. I then put $1 in a poker machine to kill time. Got up to $1.50 at one point, then I lost it all. No wonder it is so easy for them to build new HUGE Hotels everywhere with all the money people lose gambling. Vegas didn’t take too much of mine ☺ unless you count the shopping.

Had to wait for Trent at the entrance to the Venetian for a while. We have a yellow car so it’s easy to spot. Took us a little bit to get off The Strip and out of the city, our next destination Death Valley. The trip out was good and pretty quick. Around the final turnoff to Death Valley is this very lonely town, ¾ of which is closed and bordered up. Looks like something from Silent Hill... 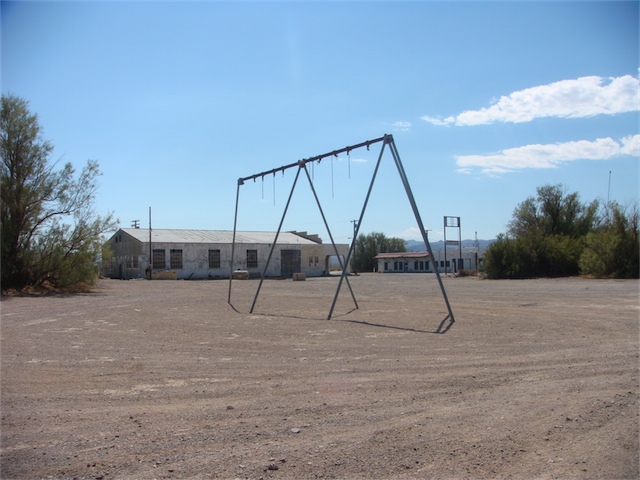 It’s so hard to explain, it’s so dead, the land is scorched and it was 42 degrees today. The heat was intense, just a short walk outside and you were zapped (thank god for air con). Here's a picture of the nothingness. 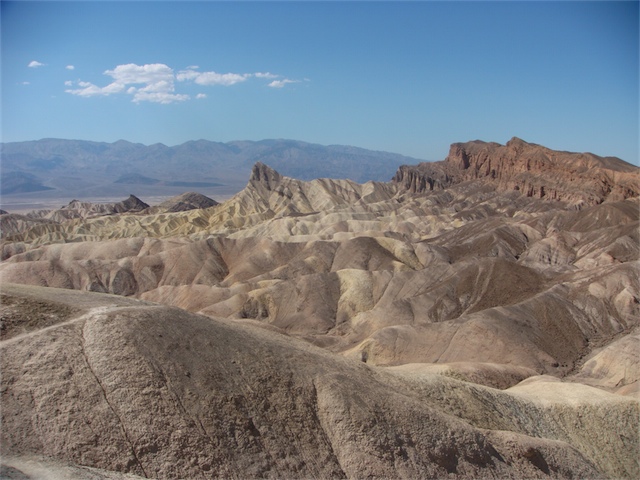 We found our Hotel which was in the middle of the National Park. It was nothing special, but it was in a great location. We checked in, went across to the General Store where I bought Chips and Salsa for lunch (there was only the Hotel, General Store and Fuel where we were). After a little break we headed down to the Salt Flats, the lowest point in the USA, in fact it is probably the lowest point Trent or I have ever been. It is 85.5m below sea level. There was a little sign on the mountain behind the Salt Flat, it simply said ‘Sea Level’ it was a long way up. Apparently the record for the area is 134 degrees or 53 in Celsius. I was very glad that it was a little cooler than the 134. 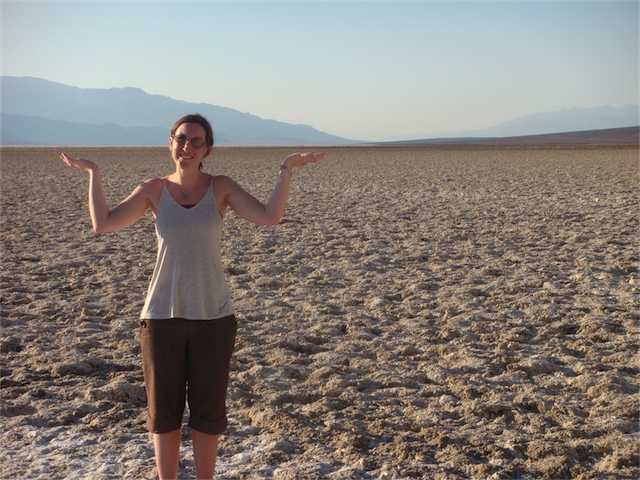 Driving back to the Hotel (I did my first round of driving, very small, pretty easy) the sun started setting and we decided on an early dinner. There was only one option. The Dining Room in the Hotel, opened from 5.30pm till 9pm and 7 till 10am for breakfast. Trent and I both had Spaghetti with Meat Sauce and a really nice Chocolate Mousse for dessert. We had a look in the Saloon to see what was happening. A Bar, a jukebox, a small dance floor and a pool table. Speaking of pool the pool was a nice temperature but at all hours was covered in European Tourists. In fact, there has been a lot of Europeans around since we were in the Grand Canyon. I’ve heard quite a bit of German and French and either Norwegian or Swedish.

On the way back to the room we star gazed for a while, we were out in the middle of no where, kind of like the time we were in the middle of Kakadu National Park with Mum and Dad. I could have stayed out with the stars all night but there were a lot of flying bugs big and small. I decided to catch up on my blog instead. I didn’t get very far, only one day. I was still two days behind and starting to get worried. With free Internet access I went down to the lounge to post my last three days of blogs at the same time as checking my mail. Webmail sucks and it was taking me forever to do anything and I was definitely frustrated (hence the reason I stopped posting photos, in the end I was over trying to do everything). I needed sleep and not to stare in front of a computer.

No Smokey the Bear