The morning started quite early today, at around 7am. We had finished taking our last photos of the area around the Hotel and were driving out at about 8am. This was going to be a very long day of traveling. From Death Valley to Yosemite National Park. It was my turn to do the first round of driving and I soon encountered my first problem. From almost Sea Level we started to climb, and the car, well it doesn’t really like that. From 1000 to 5000 feet, back down then up again. I got used to how much I could push the car after a little while, at first I was trying to keep the speed limit, then I realized there was no way I could (Trent partly blames my suitcase, he’s probably right, but his two bags combined would weigh a bit too).

We drove out of the valley and started heading towards some more civilization. It started with a small town of Olancha (no fuel station in site), then a bigger town, small lush green green grass, a duel carriage highway, a McDonalds. At 11am we reached the large town of Bishop which was about halfway on our adventure. We stopped at McDonalds as it was easiest and quickest option. Trent had driven from Olancha to Bishop so it was my turn again to drive from Bishop to the turn off to Yosemite. This was a shorter and easier drive than the first. Duel Carriage all the way, a few hills, some very new big houses (well bigger than we had seen in a couple of days), the ski field with no snow and some more mountains.

I should explain, Death Valley, mountains on either side, you go up and out only to go down into another valley with even higher mountains, including California’s highest Mt Whitney, along this range is where you find Yosemite. So we were basically traveling west until Olancha when we started heading North to find Yosemite.

Unlike the back entrance into The Grand Canyon National Park this entrance was spectacular before you even got into the park. Mountains and Valleys, a small waterfall and creek. Huge trees and a Lake at 9538 feet, yes we climbed a bit today didn’t we? 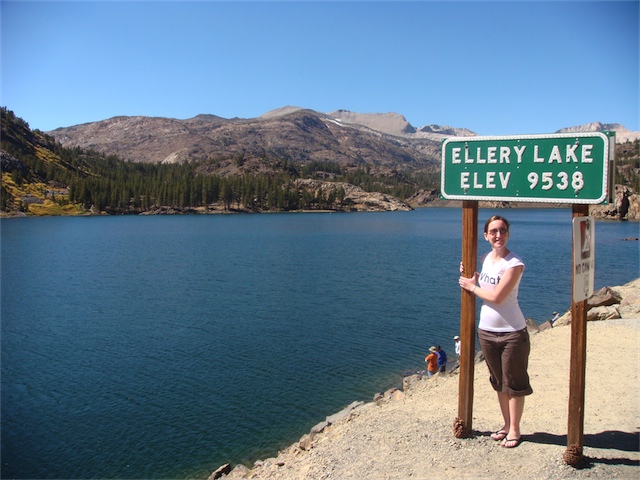 Now we realised yesterday when paying the $20 entrance fee into Death Valley that we should have planned to go the next day because it was free. Well when we got to the entrance at Yosemite guess what? It was free and it was the standard seven day pass so that when we came back in tomorrow we wouldn't have to pay again! YAY!

We drove all the way across Yosemite, from East to West. This is one of the roads in the Park that is closed from November through May due to the weather. It was a leisurely drive because we had done so well for time in the morning. We stopped and took photos, got back in the car and stopped again shortly after for more photos. There is a reason why everyone raves about this place. Valleys of trees, huge rock formation and pretty lakes, it is a magical place and a vast contrast to where we were in the morning. 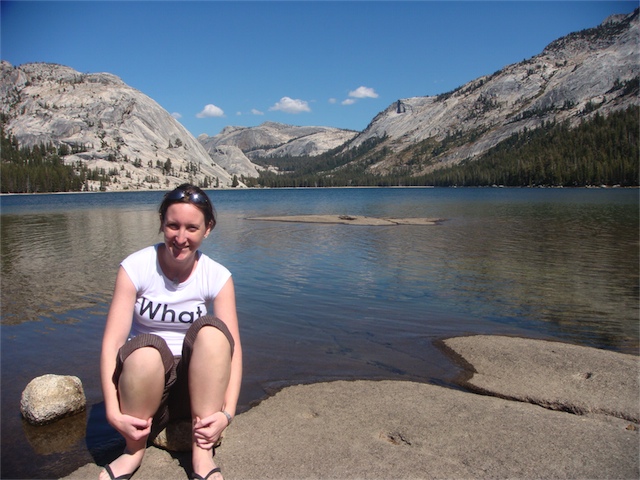 Trent had once again picked a Hotel with the perfect location, just outside the gates and similarly to where we were staying the night before there was NOTHING else around bar the Hotel. We arrived, had a granny nap then realised it was time for dinner. There we had two choices, the dining room (very similar to what we had the night before) or pizza. We decided to share a large hawaiian pizza and eat it back in the room because the hotel was packed with European Tourists and there was not much space left to eat at the pizza place. The pizza was absolutely huge, 12 slices, didn't even finish it between the two of us.

We finished this evening by watching this crazy British Guy trying to survive in Baja Mexico. Basically he was dropped in the middle of nowhere with a water bottle and a knife and he had to find his way to the coast. It started off simply, some rock climbing, trying to find water, eating bugs and lavae. But then you saw him capture and eat skunk (fortunately I was in the bathroom for the eating part), then he got stung by a bee whilst trying to get honey and both his eyes swelled up so he could hardly see and then he comes across the path of a deadly rattlesnake, kills it, takes its head off, skins it, eats the meat and uses the skin to store his urine as a last resort form of fulid (which he did end up using). I was cringing as I'm sure Trent was too, I think it held even more interest considering where we had just been.

And on that charming note I will say goodnight. I'm only a day behind now, so stay tuned for more adventures very soon.