Four Seasons Milano is dangerously placed for those wanting to watch their wallets; smack bang in the middle of the block of Milano shopping where every designer worth mentioning exists. However, before the shopping begins we managed to pick up a stray. He strolled into the Hotel in a teddy bear t-shirt with about as big a smile as mine. As much as it was planned to catch up with Mr Jonno halfway across the world in Milano it still seemed nothing short of crazy. The White Family Adventures now had an honorary plus 1. This new edition fell into stride in true Milano style as Mum, Jonno and I headed to Dior (women), Dior (men), ogled the very hot doorman at Bottega Veneta, random Prada store, Jimmy Choo, Burberry and then A&F.

This is Abercrombie’s Flagship store and only one in Italy, the music is pumping (Paparazzi). The usual topless man is standing in the doorway and everyone is stopping for a picture and beyond that it is a store worth getting lost in, in fact Mum and I almost did exactly that. Maybe that was the concept of the store, creating two identical stairways that only link together on the top floor. Think like the letter 'n'... Guess where we were when I realised that one? That's right, the bottom of the n with no exit, so back up over and down we went.

Time flew and it was time to stop shopping and head towards culture. More specifically the Church of Santa Maria della Grazie. And why is this so special? Simple, a little Fresco by Leonardo Da Vinci entitled The Last Supper. Mum and Dad said it was far more civilised than when they saw it. People went in at an allotted time, were allowed to view for 15 minutes before being ushered out, whereas before it was one moving stream of people and certainly not 15 minutes worth of anything.

We sat, appreciated, marvelled at the work, curse those Dominicans who put a door underneath it and chopped off Jesus’ feet and then our 15 minutes was up. But it is definitely a site to be seen.

We continued this cultureness by heading to the Il Duomo with our regular stop at a Gelati shop. We climbed to the roof (I lie, we took the elevator) and I think Jonno was in camera heaven. So there we are literally standing in the middle of the roof of the Il Duomo and in front of us is numbered boxes and a stage… They do performances, on the roof of Il Duomo, in the middle of Milano. How cool would that be to watch (we are so not going to have enough time for that)? The inside reminded me of Moria from the Lord of the Rings, think gothic high, HIGH arches that seem endless. The stain glass windows were MASSIVE and there were so many of them. I mean if you tried to actually follow the storyline of each and every single window you would be in there a week. In other words there is an endless amount of detail both inside and out. 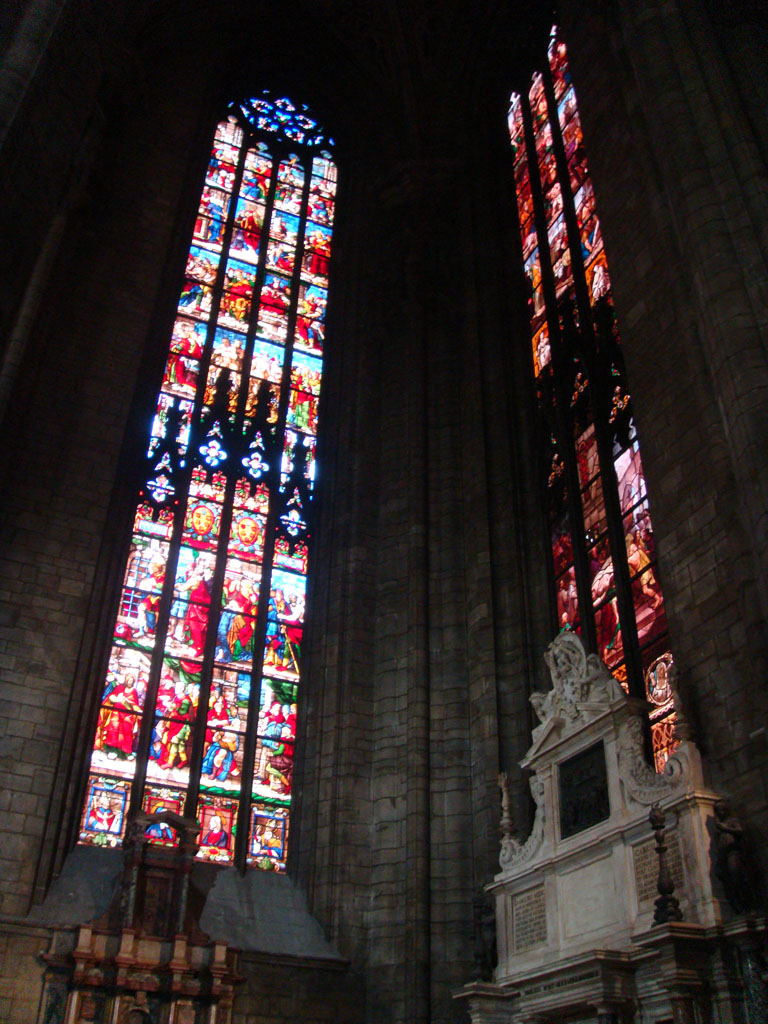 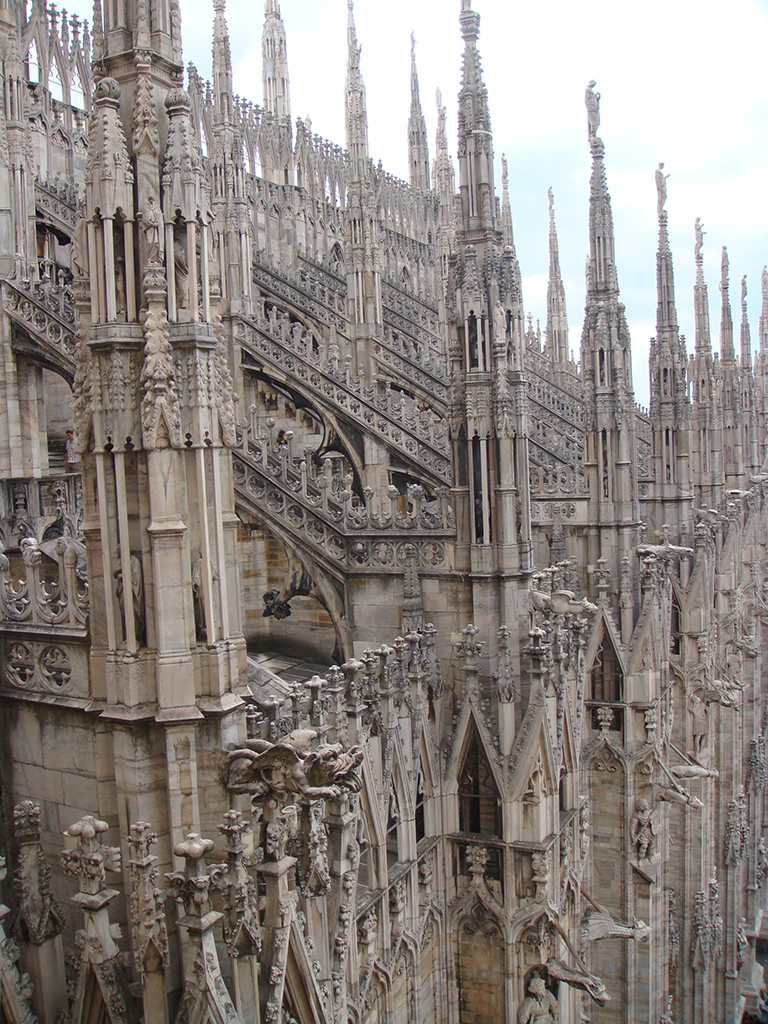 Back to shopping and into the Emmanuelle Gallerie. Tali mentioned this to us the previous night, stand in the middle of the shopping centre and look at the four power corners. An old silver shop, the original Prada store, Louis Vuitton and finally McDonalds. BAHAHAHA! Probably the most expensive McDonalds store in the world (that is property value wise)!

Dinner at the Emmanuelle Gallerie Shopping Centre watching all the people and their runty dogs walk by. A drink in the bar to finish off the evening and was home (the Hotel) by 11.

The Land of the Prancing Horse