The same driver as yesterday took us to Naples Centrale Train Station to catch our fast train to Roma. Now Naples Train Station has a pretty sketchy name when it comes to pickpockets, so we were all on high alert, but you know what, wasn't as bad as I thought, well not in the new part anyhow. Find a place on a wall where you can see everything heading your way, stay in a group if you can and make sure everything is locked.

Mum and Dad chatted the train ride away to a couple from Sydney that had spent the last four days in Sorrento. They had driven the Amalfi Coast the day before. Pretty funny actually. They were heading to Firenze on the train (Roma was the first stop), followed by a cruise in the Adriatic Sea.

The Hotel Eden is this quaint little Hotel near the Spanish steps and the Villa Borghese parklands. And here is where I thank my uber awesum friend Meagan for setting us up here. They gave us an upgrade, left a little amenity for us and the service so far has been wonderful.

We went to the bar for a snack and was more successful this time around than last. We ate, whilst admiring this...

Yes, people, that is Vatican City you see there in the distance, not bad huh?

We hit the town after that and Mum did that literally. On our way to the Spanish Steps I hear a thud behind me as I'm crossing the road. Dad was helping Mum up as I turned, she had gone knee first into the ground. She walked it off but felt rotten for it. I thought everything was OK when we reached the Spanish Steps but Dad runs to catch me at the bottom, Mum is still halfway up the steps. She is missing one of her bracelets, her very sentimental bracelet that Trent gave her. Dad went back whilst Mum and I watched the guys selling roses being chased off by police only to run five metres, have the police give up, and they just come right into the mix again.

Dad back and surprise surprise no bracelet. I know Mum's upset but there is very little that any of us can do. She is not even sure what made here look down and realise it was missing. There were another two bracelets on her wrist and both of them (less sentimental) were still there.

We took a walked down to Piazza de Popolo and back to the Trevi Fountain, looking at a few shops along the way. None of us realised how big the Trevi Fountain actually was, it's pretty amazing, as were the number of tourists there. 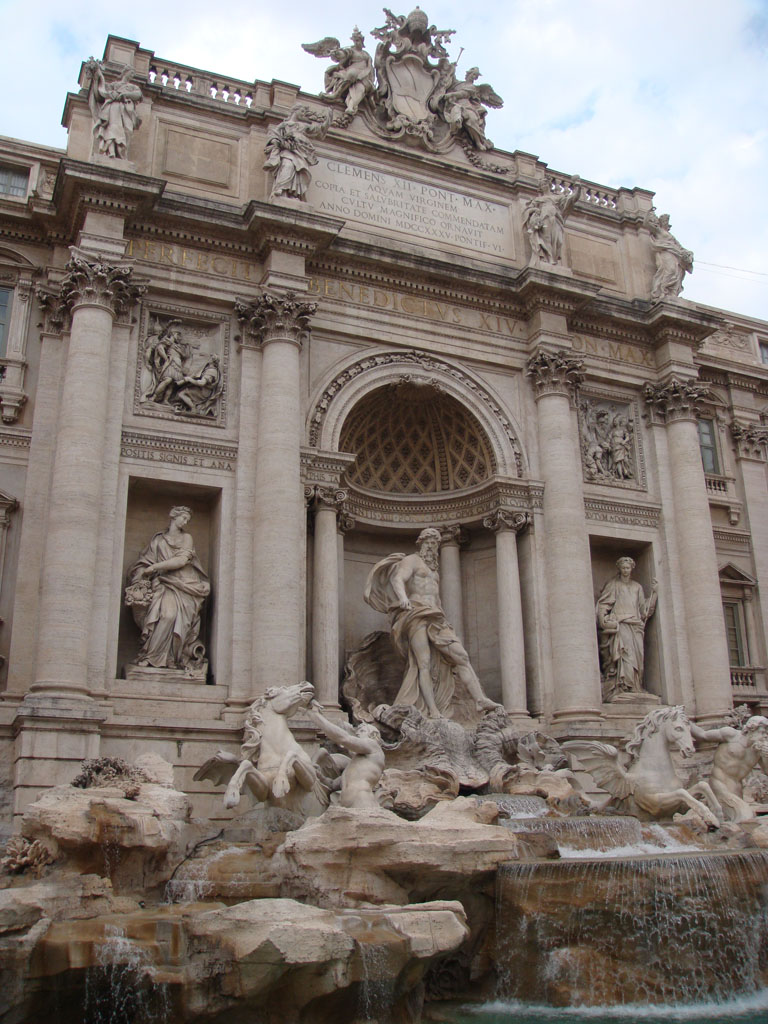 And no you can't order me for dessert

The Road to Positano